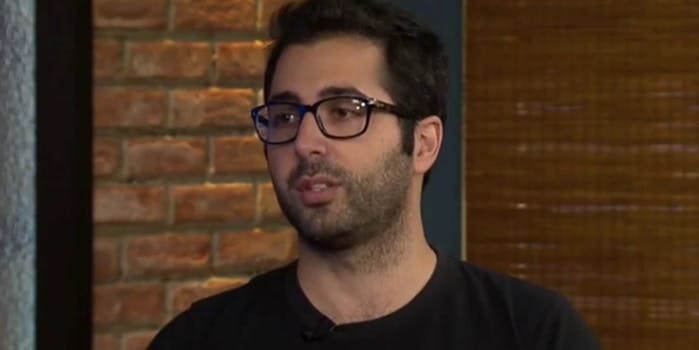 Tinder’s going to ease up on the hookups just for you, ladies

Tinder creator says that the app must be for serious relationships because women.

In addition to being young, fabulously wealthy and successful, and being sort of cute in a young, douchier Ira Glass sort of way, Justin Mateen, the founder of the popular dating app Tinder, has another talent: reading women’s minds.

In a recent interview with HuffPo, Mateen refuted the widely held belief that his app, which pairs users by asking them to “like” or “dislike” each other based on their photos, promotes casual hookups rather than relationships. His reasoning? Women—who make up 40 percent of all Tinder users—simply aren’t interested in casual sex.

“It was never meant to be used for hooking up,” Mateen said. “We just did a poll recently, and a tiny percentage of our users think that’s what Tinder is for. Fundamentally women aren’t wired that way, right? So even if we had tried to create it for that, it wouldn’t have worked.”

In addition to revealing his uncanny, Mel Gibson-esque ability to decipher the inner workings of the human lady brain, Mateen also hinted at the development of a new feature for the app, which would use Tinder’s trademark “double opt-in” feature (which allows users to communicate only with other users who’ve “liked” their photo) to help users seek out platonic friendships and business relationships.

“We have plans to evolve the product and are moving more towards social discovery,” said Mateen. “For example, eventually you could be married and on a trip with your husband and find a tennis partner on Tinder. Or it could be used in the context of a business relationship. The next feature we will have, and I can’t say what it is, will allow further engagement with your matches. Once you’re matched up with someone, rather than just texting with them, you will be able to interact in other ways.”

Launched in September 2012, Tinder (which has been referred to as “the shallowest dating app ever”) is one of the most popular dating apps on the market, averaging at approximately 2 million daily users. It is unclear what percentage of these users are asexual married women looking for doubles tennis partners.