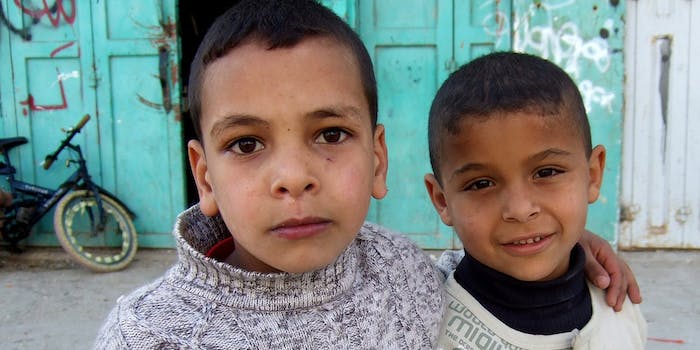 Late on Friday afternoon, in the midst of a weeks-long war between Israel and Gaza with a fast-growing body count, the Times of Israel published a blog post “When Genocide is Permissible.”

The reaction, unsurprisingly, was shock as the headline went viral. Shortly after publication, the piece was taken down “for breaching The Times of Israel’s editorial guidelines.” On the Internet, there’s no such thing as deletion.

Some honesty and candor from the Israeli press https://t.co/aIOtujHZpB

The Times of Israel, which claims two million readers, is a multilingual online newspaper founded just two years ago. This article was written in the op-ed and blog section, which anyone can apply to be a part of.

The editorial oversight at the Times op-ed and blog section is apparently very slim. Yochanan Gordon, the writer of the blog in question, summarized the headlining question in the article’s conclusion:

“Prime Minister Benjamin Netanyahu clearly stated at the outset of this incursion that his objective is to restore a sustainable quiet for the citizens of Israel. We have already established that it is the responsibility of every government to ensure the safety and security of its people. If political leaders and military experts determine that the only way to achieve its goal of sustaining quiet is through genocide is it then permissible to achieve those responsible goals?”

Gordon’s thesis is that Israel and the Jewish people are facing a radically violent threat that no other people on earth can comprehend. The leap he takes, then, is that annihilation of that threat—including any man, woman, or child whose house happens to be in the general vicinity of that threat—is the “responsible” means to an end.

“News anchors such as those from CNN, BBC and Al-Jazeera have not missed an opportunity to point out the majority of innocent civilians who have lost their lives as a result of this war. But anyone who lives with rocket launchers installed or terror tunnels burrowed in or around the vicinity of their home cannot be considered an innocent civilian. If you’ll counter, that Hamas has been seen abusing civilians who have attempted to leave their homes in response to Israeli warnings to leave—well then, your [sic] beginning to come to terms with the nature of this enemy which should automatically cause the rules of standard warfare to be suspended.”

The Times of Israel didn’t respond to a request for comment but Gordon, whose top Tweet advocates impeaching President Barack Obama, has not kept quiet.

What an idiot RT @YochananGordon: Disappointed in Times Of Israel for caving to pressure, deleting my article “When Genocide Is…

You can also read the full blog post, uploaded by Mediaite, below:

When Genocide is Permissible _ Yochanan Gordon

Photo via David Masters/Flickr (CC BY 2.0)