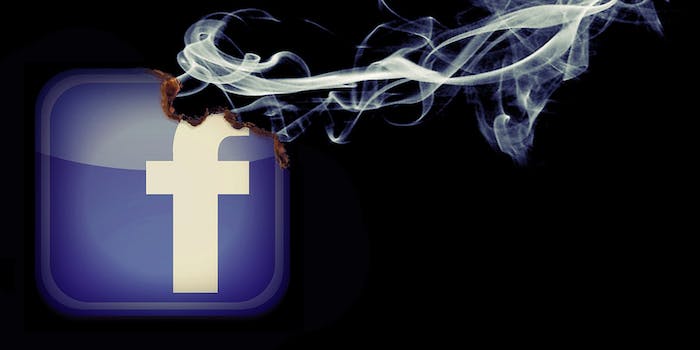 Timehop, an app that tracks your social-media memories, has harnessed its best shade-throwing powers for April Fools’ Day.

For this international celebration of pranks, Timehop shook up its usual feed of old Instagram photos and tweets with a fake ad for a Facebook clone called Timebook. It was a not-so-subtle nod to Facebook’s announcement last week that it would be releasing a Timehop-like function called On This Day. When On This Day launched, Timehop told us it was a reinforcement that it was doing something right, and that it wasn’t worried about Facebook’s clone. But look what we have here. 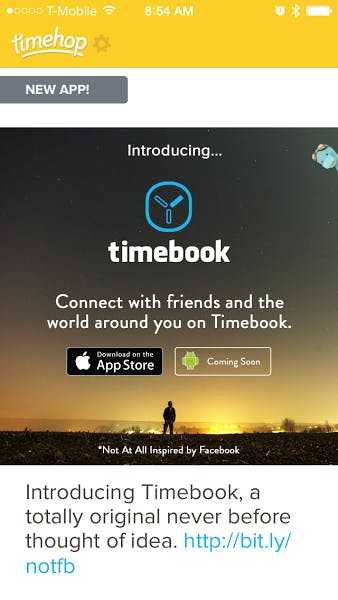 Clicking that link takes you to Facebook’s press release about On This Day. Don’t miss the little Timehop dinosaur peeking out of the side!

Timehop cofounder and CEO Jonathan Wegener told the Daily Dot after last week’s Facebook announcement that he had no sour grapes about On This Day.

“We consider this great validation that we’re onto something really important,” he said. “As one of our investors put it, ‘if Facebook *isn’t* competitive with you, you’re probably not doing something worth doing.’ To us, the move confirms that Timehop is succeeding and old content is important.”

If Facebook’s release ends up being a Timehop-killer, today’s prank will make for one super-cringeworthy social-media memory in a few years.