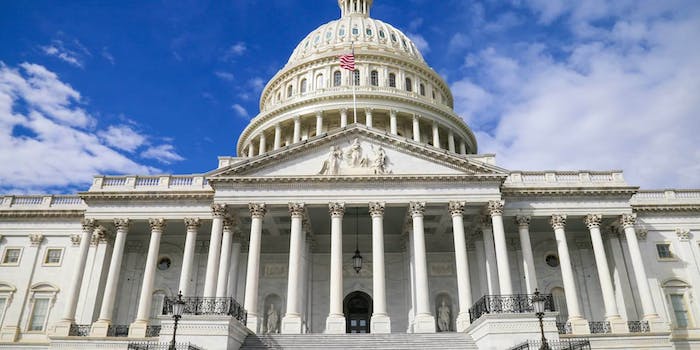 TikTok’s developer is being investigated by the U.S. government

The Committee on Foreign Investment in the United States (CFIUS) has begun an investigation into the TikTok, Musical.ly deal.

U.S. lawmakers are increasing their scrutiny of Bytedance, the Beijing-based developer of the hit social app TikTok. According to an exclusive Reuters report published late last week, the company is subject to a national security review over its 2017 $1 billion acquisition of Musical.ly.

Musical.ly was an app that, for a brief time, enjoyed a summer of popularity. Bytedance, which was already an established player in the Chinese social media market, acquired the company in the hopes that it’d provide an inroad into the U.S. social market. That gamble paid off, but it came at a cost.

Already, the Committee on Foreign Investment in the United States (CFIUS) has begun an investigation into the deal. CIFUS primarily looks at acquisitions to determine any national security risks. As Bytedance failed to clear the 2017 Musical.ly acquisition, there’s scope for CIFUS to conduct a post-mortem, although it remains unclear what actions the body could take. TikTok officially absorbed Musical.ly in 2018.

As it stands, U.S. lawmakers have two concerns: Firstly, how ByteDance will handle the flood of data it’s collecting on American consumers. Compounding this worry is the fact that 60 percent of TikTok’s users are between the ages of 16 and 24, according to a company statement released towards the end of last year.

Secondly, CFIUS is concerned about censorship on the platform. The Chinese internet is known for its endemic censorship, with foreign news outlets routinely banned, as well as content pertaining to subjects like the 1989 Tiananmen Square massacre and the Falun Gong religious movement. Lawmakers fear that thanks to the popularity of TikTok, the Chinese government would be able to export that censorship to the West.

Finally, American lawmakers are concerned that TikTok could be used as a platform to shift public sentiment within the U.S., with foreign actors using the site as a springboard for a public influence campaign similar to that witnessed in 2016.

Schumer has since issued a statement welcoming the CFIUS investigation into ByteDance, hailing it as a “validation of our concern that apps like TikTok…may pose serious risks to millions of Americans and deserve greater scrutiny.”

Reuters states that ByteDance is currently in talks with CFIUS to see how it can continue to operate without being forced to divest the Musical.ly assets it acquired. Although the app was retired, the purchase gave TikTok an infusion of new users, as well as a treasure chest of intellectual property.