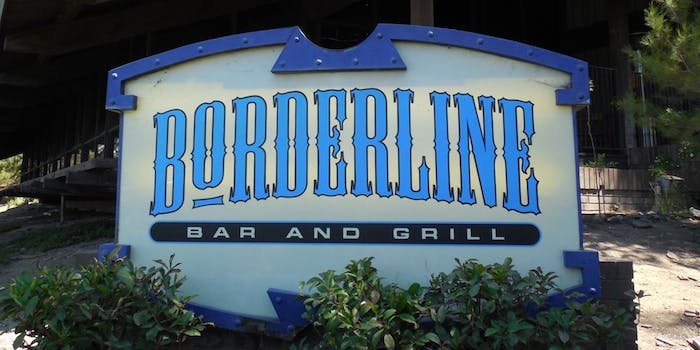 12 more people are dead at the hands of a shooter.

At least 12 are dead in a mass shooting at a college bar in Thousand Oaks, California, outside of Los Angeles.

Police responded at 11:20pm Pacific time to reports of shots fired at the Borderline Bar and Grill, a country western bar, which a gunman had entered after gunning down security.

Among the 12 dead are a sheriff’s deputy. The shooter was identified as Ian David Long, a 28-year-old former Marine who suffered from PTSD.

Of the victims of last night’s attack, many were college-aged. The bar was hosting an event for students, according to the New York Times. According to authorities, at least 100 people were at the bar at the time, some of who were students at Pepperdine University, which is outside Thousand Oaks.

At a briefing, Ventura County Sheriff Geoff Dean identified one of his deputies, Ron Helus, as among the dead, saying Helus had ented the bar responding to the call.

“He died a hero because he went, he went in to save lives, to save other people’s lives,” Sheriff Dean said.

The shooting comes a little over 13 months after the worst mass shooting in American history, where 58 people were killed at a country music festival in Las Vegas, and hundreds more were wounded.

President Donald Trump announced that he had been briefed on the shooting. On Twitter, Trump said the death toll was at least 13, although that number has not been confirmed.

I have been fully briefed on the terrible shooting in California. Law Enforcement and First Responders, together with the FBI, are on scene. 13 people, at this time, have been reported dead. Likewise, the shooter is dead, along with the first police officer to enter the bar….

….Great bravery shown by police. California Highway Patrol was on scene within 3 minutes, with first officer to enter shot numerous times. That Sheriff’s Sergeant died in the hospital. God bless all of the victims and families of the victims. Thank you to Law Enforcement.

In one interview, KABC spoke to an eyewitness who fled the scene with his son. “He shot the front doorman, bouncer. Just a young man,” he said. “And he shot the cashier, just a young girl. And then he started moving to the right, he wasn’t looking at us.”

KABC-TV interview with eyewitness whose stepson was inside Borderline bar.

On Twitter, the hashtag #GunControlNow trended, as people began calling for stricter laws in the wake of yet another shooting.

Terrible Scenes in Thousand Oaks today as 11 were killed (12 dead, including suspect) in the Borderline Bar & Grill in California. Yet another horrific mass shooting that could've been prevented with new laws. #GunControlNow

We need universal gun laws NOW. This has to stop. #EnoughIsEnough. No more people should die in mass shootings with our government doing nothing but thoughts and prayers.#GunControlNow #Borderline https://t.co/sfaowqojFm

One commenter mentioned that Thousand Oaks is considered by many to be “safest city in the entire country.”