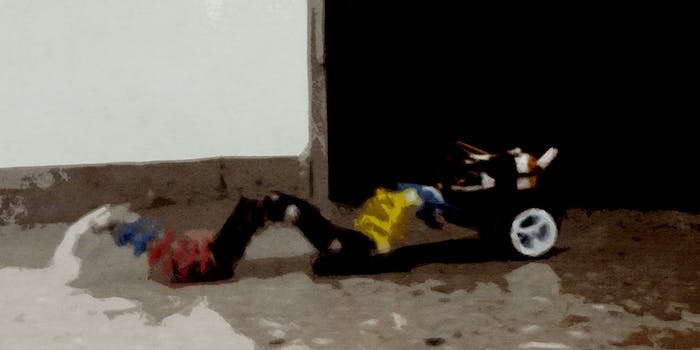 This single-motor robot gets around by doing the worm

This robot may look like it's dancing, but it uses a 3D printed spine and a single motor to move.

When it comes to robots there’s really no “wrong” way to get around. They roll, they crawl, they run, they fly, and while some methods may be more efficient than others, the myriad of ways they get around are sort of beautiful. Thanks to researcher David Zarrouk we can now add yet another mode of transportation to the robotic movement lexicon for when Skynet takes over. Now robots can do the Worm.

Zarrouk describes his latest invention in study published in scientific journal Bioinspiration & Biomimetics. The SAW robot, aka Single-Actuator Wave robot, moves forward by moving its 3D printed spine-like frame forward or backwards to create a propulsive wave of movement. This “spine” is controlled by just a single motor. As the motor rotates it causes the links of the spin to move up and down, pushing the robot forward whenever the spine links hit the ground.

Currently researchers are trying to find a way to improve the pitch and amplitude of the robot’s spinal wave, allowing it to move in different kinds of terrain or even climb. Still, this technology could prove useful in the exploration of difficult topographies in the future, if only this little worm learns how to run. You can watch a demo of the robot below.