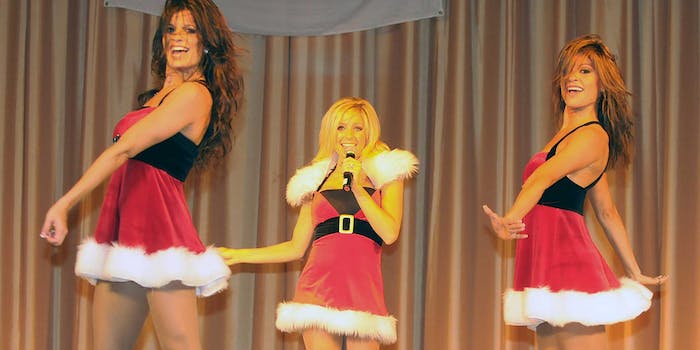 The Grade kicks you out if you fail at dating apps

New package, same business. Except this time, you can get kicked out for not being cool enough.

If all you ever wanted out of your online dating experience was to be judged harshly on a letter scale by people you’ve never met, then brand new dating app The Grade is for you. (Also, you are a self-confident wizard, and could you teach me your ways?)

The Grade, which warns users right out of the gate with its motto to “Make the Grade or Be Expelled,” is every overachievers worst nightmare… or maybe dream, I can’t tell. Users are assigned three letter grades to their profile: one for popularity on the app (based on how often your profile is liked), one for response rate, and one for quality of your messages. The rest of the app works on the same principles as Tinder; you only match with someone if you’ve both chosen each other. But fall below an F in any of the three categories, and you’re expelled entirely. 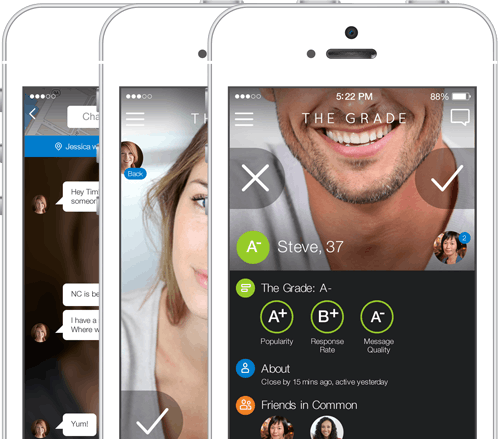 Everything about this is inherently awful. While the response rate grade is perhaps the only salient metric in the bunch, the popularity and message quality score are horrifying. I can guarantee you that if I’m online dating, it’s likely because meeting a charming stranger at a holiday party just hasn’t happened for me, no matter how precariously close I perch myself to the mistletoe all evening. Unless I’m getting an A or above in “popularity,” I don’t need a letter grade stamped below my face that makes it clear to perfect strangers just how many other perfect strangers have chosen to pass on me based on looks alone. Sure, The Grade may argue that a pass could have come from seeing that my message quality or response rate was low, but let’s call a spade a spade, no one is stumbling across Kate Upton incarnate and then going “Oh she only got a C+ in responding… nah, I guess not.” 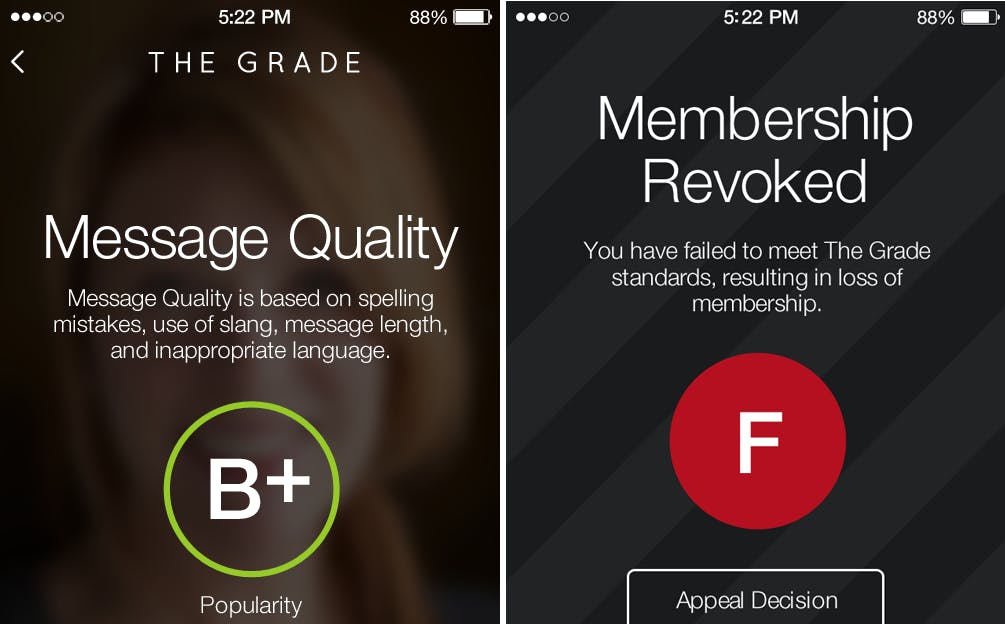 And message quality? According to The Grade, “The algorithm also analyzes length of messages, spelling mistakes, offensive words and phrases, and slang such as hbu, yolo, fomo, and lmao, so please write thoughtful and compelling messages or your grade will suffer.” As someone who has worked at a dating startup before, I know that my messages are not locked away in some vault where even the craftiest of engineers can’t read them, but for obvious reasons our team never trumpeted to users that we had access to reading their not-so-witty repartee (nor was it something they made a habit of, by any means).

As a dating site user, I’d prefer to live in the abject bliss that I can flirt in peace, without knowing that a team of unseen engineers and staffers are scraping my casually texted communiques to judge if they are seemingly up to par. Plus, a world in which I can’t ironically text “yolo” to someone is a world I just don’t want to live in.

Expulsions can be appealed on The Grade’s website, but really, who would want to? A far better game to play would be to figure out just how quickly you can get expelled from the app instead.

Photo via USAGHumphreys/Flickr (CC BY 2.0)