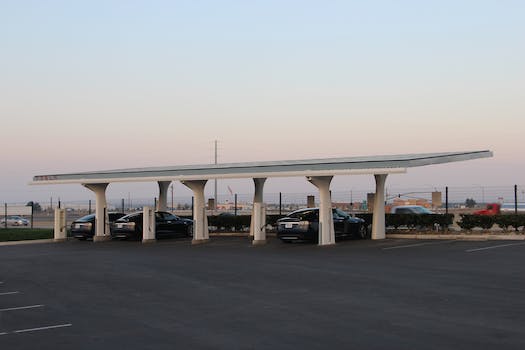 You have five minutes to move your car.

If you and your Tesla are trying to squat in front of a Supercharger for too long, the electric car company is going to make sure you pay for it.

In a blog post released Friday, Tesla said it will introduce an idle fee that the company hopes will help make Supercharger stations more readily available for drivers in need of a charge.

The Tesla app will indicate when the charge for a vehicle is nearly finished, and after the process is completed, the owner will be charged $0.40 for every minute the car stays connected to the Supercharger. Move it within 5 minutes, and you don’t have to pay anything. Keep it connected, though, and the punishment will continue to increase.

“To be clear, this change is purely about increasing customer happiness and we hope to never make any money from it,” the Tesla team wrote.

“… We envision a future where cars move themselves once fully charged, enhancing network efficiency and the customer experience even further. Until then, we ask that vehicles be moved from the Supercharger once fully charged. A customer would never leave a car parked by the pump at a gas station and the same thinking applies with Superchargers.”

As Business Insider reminds us, those who order a car after Jan. 1, 2017 will have to pay simply in order to use the Supercharger network.