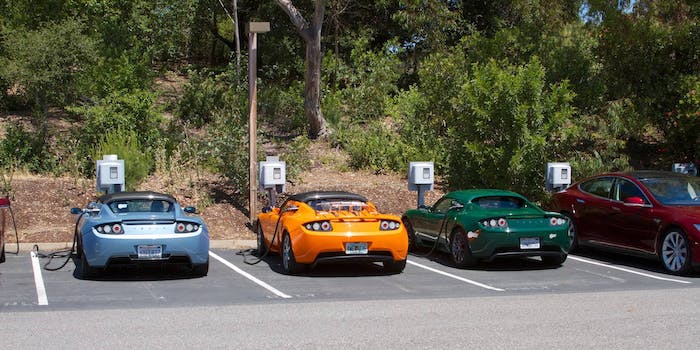 Tesla announced new changes to its autopilot systems on Sunday.

Tesla Motors revealed some big news on Sunday regarding their vehicle fleet, announcing planned upgrades to the onboard software for all Tesla cars. Namely, the high-tech electric auto manufacturer is planning to change the way its vehicles’ autopilot systems function, making onboard radars the primary way its cars view the world.

Here’s how the company’s official blog describes the changes for Autopilot 8.0. The language may sound opaque, but this information ought to have big implications for Tesla owners:

“While there are dozens of small refinements with Version 8 of our software, described in addendum below, the most significant upgrade to Autopilot will be the use of more advanced signal processing to create a picture of the world using the onboard radar. The radar was added to all Tesla vehicles in October 2014 as part of the Autopilot hardware suite, but was only meant to be a supplementary sensor to the primary camera and image processing system.”

The upshot is that Tesla is changing up how its cars keep track of the world around them, and it’s expected to pay off in the form of reduced auto-braking mishaps. As Jonathan M. Gitlin detailed both on Sunday and back in July for Ars Technica, Tesla has been eying a change in its autopilot drive tech over the last few months, likely because of the fatal crash of an auto-driving Tesla Model S back in May.

Ideally, the change is being made for two purposes: to prevent Tesla’s cars from incorrectly hitting the brakes while in autopilot mode, a phenomenon which is both startling and dangerous, and to make sure they do hit the brakes when needed. In that high-profile crash in May, the Tesla Model S’s cameras were reportedly unable to discern a tractor-trailer that turned perpendicular to the car, causing it to crash in catastrophic fashion.

Unnecessary braking has the potential to be just as dangerous as failing to brake, although the latter scenario is likely the subject of many more people’s nightmares. According to Gitlin’s reporting, the average Tesla driver has been experiencing multiple false braking positives per year with the old camera-first system, while Tesla founder Elon Musk believes the new improvements will keep the average owner from ever experiencing one.

In short, this is a tweak to how Teslas work that could potentially be a real boon to the company’s aspirations regarding self-driving cars. Consumer trust is key for any company that’s asking people to hand over control of their high-speed, freeway-cruising metal boxes to an onboard system, and this move could go a long way when it comes to shoring up some recent concerns.