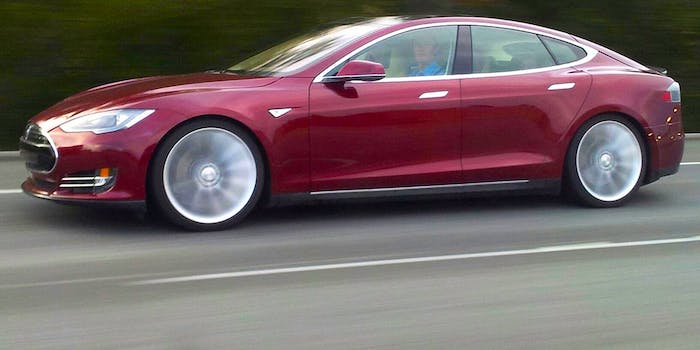 Tesla Motors CEO and Silicon Valley eccentric Elon Musk has pursued patents over the years to protect his work. In a blog post titled “All Our Patents Are Belong To You,” Musk reversed his stance on patents, promising not to sue anyone who uses Tesla’s patents “in good faith.”

“Tesla Motors was created to accelerate the advent of sustainable transport. If we clear a path to the creation of compelling electric vehicles, but then lay intellectual property landmines behind us to inhibit others, we are acting in a manner contrary to that goal,” he wrote.

Musk’s insistence on pursuing an open-source path remains rare among tech’s baron-kings, and it’s not clear whether his definition of “in good faith” includes allowing major rivals like Toyota to create similar vehicles.

Either way, for now, Musk doesn’t see other electric cars are Tesla’s primary competition. “Given that annual new vehicle production is approaching 100 million per year and the global fleet is approximately 2 billion cars, it is impossible for Tesla to build electric cars fast enough to address the carbon crisis. By the same token, it means the market is enormous. Our true competition is not the small trickle of non-Tesla electric cars being produced, but rather the enormous flood of gasoline cars pouring out of the world’s factories every day,” he wrote.

Open sourcing may help competitors rise, but it indicates Musk and the team are genuinely invested in the long-term success of electric cars as a mode of transportation even more than they are invested in continuing to dominate the small market. Giving intellectual resources to competitors is counterintuitive, but Musk is taking a calculated risk.

If you want to upgrade your next ride to an electric car, this is good news. If open-sourcing helps competitors introduce alternatives to Tesla Model S, competition should drive prices down. Tesla has already shown it can make a beautiful electric car, but the price point means it’s an out-of-reach purchase for many.

Photo via Flickr/Jurvetson (CC BY 2.0)