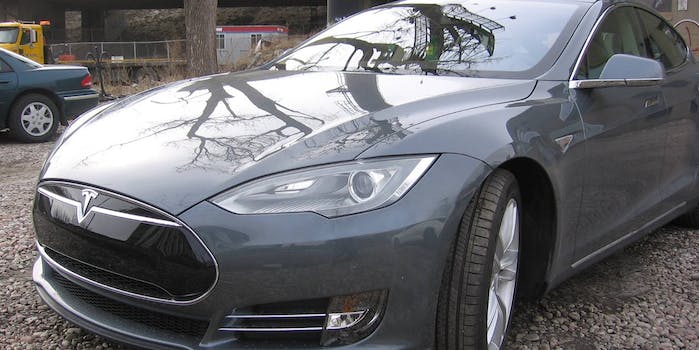 With autonomous vehicles, the driver surrenders control of the car. It turns out the same can be said about the data collected during those automated trips. According to a report, Tesla Motors has offered the data from its autopilot program to the U.S. Department of Transportation (D0T).

According to Electrek, Elon Musk‘s company is willing to share data recorded by its cars during autopilot-driven trips with the DoT in order to help design new regulations for autonomous vehicles. Electrek also claims Tesla is open to sharing its data with other automakers in the future.

There is plenty of data to share; the more than 70,000 Tesla drivers who have autopilot-equipped vehicles have amassed more 780 million miles and are adding 1 million miles every 10 hours to that total.

A new generation of autopilot is expected to be announced at the end of the year, which would put even more autonomous cars on the road. To expand the self-driving capability of its cars, Tesla is expected to introduce a new suite of sensors that would fully support autonomous driving. The software that would enable the function would follow, depending on regulatory approval.

The next step for self-driving in Tesla vehicles is making a level 4 autonomous driving system—which would let anyone sitting in the vehicle instruct the car to drive to a destination and allow the car to drive without any input from the person.

Giving its existing data on self-driving functions to the regulators who set the rules could grease the wheels for the future of the feature, hence Tesla’s interest in sending the information to the DoT.

A Tesla spokesperson confirmed to Eletrek that the company has, in fact, offered data to the DoT but did not confirm if the DoT had accepted. The Daily Dot reached out to both Tesla Motors and the U.S. Department of Transportation for comment but did not receive a response at the time of publication.

Bryant Walker Smith, an assistant professor of law at the University of South Carolina who studies automation and regulations surrounding it, told the Daily Dot the DoT “should jump” at Tesla’s offer.

“We know appallingly little about an activity—driving—that we do so much and that kills so many,” he said. “Imagine if the federal government investigated every car crash the same way it investigates aviation crashes and other serious aviation incidents.”

Musk expects that complete automotive autonomy—which he called “safer than a human”—is just two years away. However, he expects regulators to take “at least another year” to prepare for the drastic change to how roads will be navigated. The data his company collects from its cars can help in making decisions about safety standards of autonomous systems, which other car manufacturers are also hard at work to create.

It’s understandable that regulators would want to take a long, hard look at information regarding autopilot performance. While it’s a novelty at the moment, used primarily for scaring grandmas and making YouTube videos, it presents a future in which people interact with cars in entirely different ways (including having sex in them while moving).

He noted that data anonymization is important but difficult, as driving habits can “function as a kind of indirect signature” of those behind the wheel.

Some states have laws on the books regarding the rights of vehicle data. Many provide ownership over onboard vehicle data to the vehicle owner, but that may not apply to the type of information that Tesla collects.

He compared car data to cellphone data, pointing out that “we’re already being tracked and analyzed in ways that most people only understand in vague terms. Adding vehicle data is in many ways a change only in degree rather than in kind.”

Humans are still adjusting to the existence of autonomous cars on the road—an invention that seemed like the stuff of sci-fi not even a decade ago. People continue to run into self-driving cars that they interact with on the road, and the computer-driven vehicles have been at fault for at least one crash as well. That’s led to suggestions that the autonomous cars may actually be more accident prone than humans at the moment despite the promise that they will create safer roads in the future.