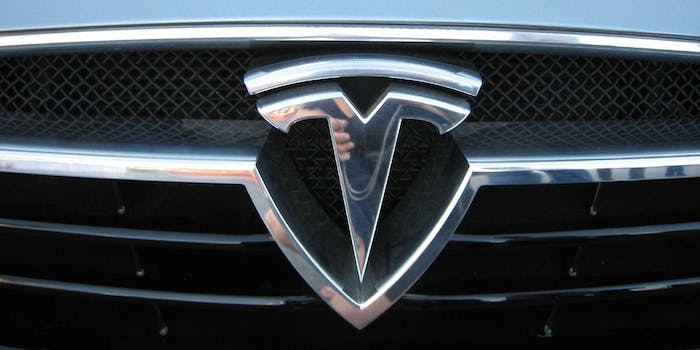 New Tesla will almost be affordable

The Tesla brand is noteworthy, though you’re far less likely to see one of Elon Musk‘s rides on the road relative to most other car companies’ models because of their high sticker price. That could change with the Model 3, the upcoming electric car that is marketed for mass appeal.

According to the Wall Street Journal, Tesla CTO JB Straubel spoke on Monday at a conference in Washington, D.C., and revealed additional details about Tesla’s next ride. The Model 3 won’t be a single car, but will come in two variations: sedan and crossover utility vehicle. Both versions will be priced at around $35,000—a steep step down from the $75,000 price tag attached to the Model S.

Through March, Tesla has sold more than 60,000 of its Model S and hopes to reach the one-million mark by 2020. The addition of a mainstream model should help achieve that goal, placing it just in range of the average new car price—$33,560 according to Kelly Blue Book.

Additional details on the Model 3, which will be on display in March 2016 and available for purchase sometime in 2017, are still relatively sparse. Musk has set a goal for around 200 miles of range on a single charge and the Model 3 is expected to meet or exceed those expectations.

Tesla has other projects up its sleeve. Before the Model 3 even goes on display, the Model X crossover is expected to begin shipping. Tesla is targeting September for deliveries on that vehicle. The company has other cars in the works as well, planned for release beyond the Model 3, but there is no word on what those cars may be.