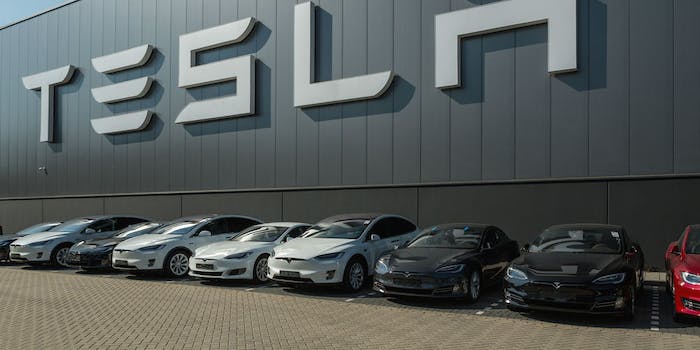 The employee says she was catcalled, paid less, and treated unfairly.

A female engineer who filed a lawsuit last fall against Tesla for gender discrimination, sexual harassment, and retaliation, has provided startling new details in a report from the Guardian.

AJ Vandermeyden, who is still currently employed at Tesla, says the company has continually ignored her concerns regarding the treatment she receives, which she considers “pervasive harassment.”

Vandermeyden began working at Tesla in 2013 as a manufacturing engineer in the assembly department, where she claims she was being paid less than the men whose work she took over. She says men were promoted above her, even when she came up with solutions to issues everyone else had missed.

“Until somebody stands up, nothing is going to change,” Vandermeyden told the Guardian. “I’m an advocate of Tesla. I really do believe they are doing great things. That said, I can’t turn a blind eye if there’s something fundamentally wrong going on.”

The complaints don’t stop there. The engineer say she was subjected to “unwelcome and pervasive harassment” by men on the factory floor, including inappropriate language, whistling, and catcalls. In one of those instances, Vandermeyden says she and a coworker heard “hooting and hollering and whistling” from around 20 men who stood on a platform above her. The complaint says her time at the company has caused her “humiliation” and “mental distress.”

The engineer also claims the company punished her for voicing her concerns by demanding impossible performance standards, which forced her to move from assembly to sales. Vandermeyden says she was denied overtime pay, rest breaks, and meal periods in sales, and was even punished for being a “whistleblower” when raising concerns about cars being sold in a “defective state.”

The Tesla employee says the response she receives from her complaints is usually along the lines of, “We’re focused on making cars. We don’t have time to deal with all this other stuff.”

A spokesperson at Tesla provided the following statement to TechCrunch:

When Ms. Vandermeyden first brought her concerns to us over a year ago, we immediately retained a neutral third party, Anne Hilbert of EMC2Law, to investigate her claims so that, if warranted, we could take appropriate action to address the issues she raised. After an exhaustive review of the facts, the independent investigator determined that Ms. Vandermeyden’s claims of gender discrimination, harassment, and retaliation have not been substantiated. Without this context, the story presented in the original article is misleading.

The allegations come just a few weeks after a former Uber employee posted a blog describing her horrifying experience working for the company. In the testimonial, Susan Fowler alleged the ride-hailing company turned a blind eye to sexual harassment and lied to her to protect an offender because he was a “high performer.”

And on Feb. 9, a Tesla plant worker wrote a concerning blog about the workplace environment at the company. Those claims were strongly rejected by CEO Elon Musk, who accused his employee of being paid by the United Automobile, Aerospace and Agricultural Implement Workers of America (UAW) to sabotage the company.

Vandermeyden still works in the sales department at Tesla as legal proceedings continue.