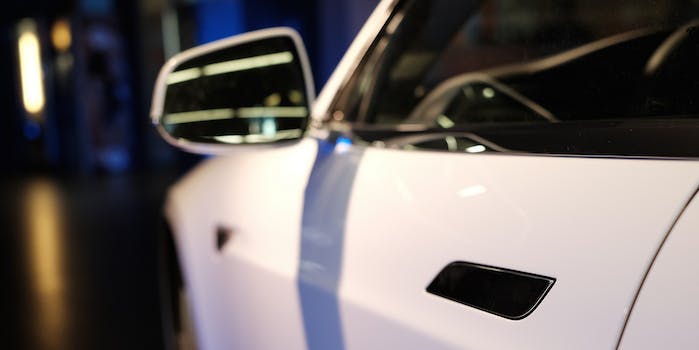 But Tesla already issued a patch.

A pair of researchers hacked a Tesla Model S and took control of the vehicle, giving us a glimpse of what skills car thieves might need in the future.

Researchers worked with Tesla to help improve the vehicle’s security, and the carmaker has already issued patches, Wired reports.

Marc Rogers, security researcher at CloudFlare, and Kevin Mahaffey, CTO of Lookout, discovered numerous security flaws in the vehicle. They could start the car by plugging a laptop into the dashboard, and remotely turn the car off while someone else was driving once they put a Trojan (a malicious computer program that seems innocuous in order to get a user to install it) on the car’s network.

Rogers and Mahaffey found a total of six security flaws, and according to Wired, Tesla issued fixes to every car on the road. Because Tesla can issue patches over-the-air, the carmaker doesn’t need to recall vehicles if there are security flaws.

Though Tesla quickly patched these flaws, there are still questions about its security. As Wired explains:

Vehicles that operate on software are still a fairly new phenomenon, and carmakers and drivers are still learning the dangers and how best to protect themselves—one installation of malicious software could be as dangerous as running a red light. Tesla dealt with these discoveries fairly quickly, but it’s likely news of hacks like this one will only increase as more computerized cars hit the streets.

Mahaffey and Rogers are presenting their findings at the Black Hat security conference in Las Vegas this week.