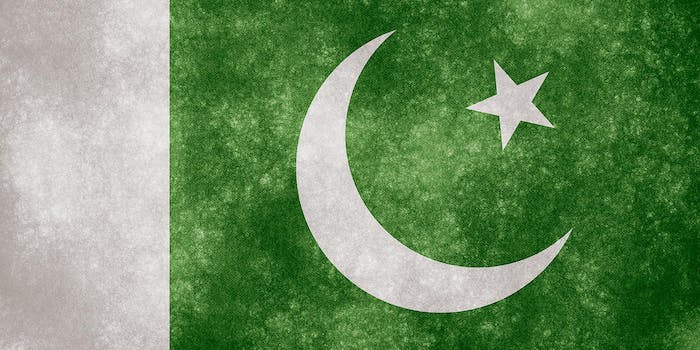 Maybe the Taliban can teach us a lesson on social media privacy.

Zabiullah Mujahid is a prominent Taliban spokesperson whose true identity and location have been the subject of much speculation. Like many tech-savvy jihadis, Mujahid uses Twitter to promote his cause around the world.

Last week, he seems to have made a mistake. By presumably forgetting to turn the option off, he allowed Twitter to geolocate him to Sindh, Pakistan, the BBC reported. Sindh is the southeast province of Pakistan, located on the border with India.

When he realized what happened, he said the geolocation was part of an “enemy plot” and that he was actually in Afghanistan.

“Now, the enemy’s fake act has been exposed, and with full confidence, I can say that I am in my own country,” he tweeted.

American intelligence officials have long said that Mujahid—whom they believe to be an entire public relations department, rather than just one man—has sought safety outside of Afghanistan in neighboring Pakistan.

Angered by accusations that he was in Pakistan, Mujahid tweeted again with geolocation in Ohio. His followers, well aware how easy it is to fake locations on Twitter, were not convinced.

If Mark Zuckerberg’s sister can’t reliably figure out Facebook’s privacy settings, the rest of us—even the jihadis whose lives depend on deception—are bound to give away more than we intend to.