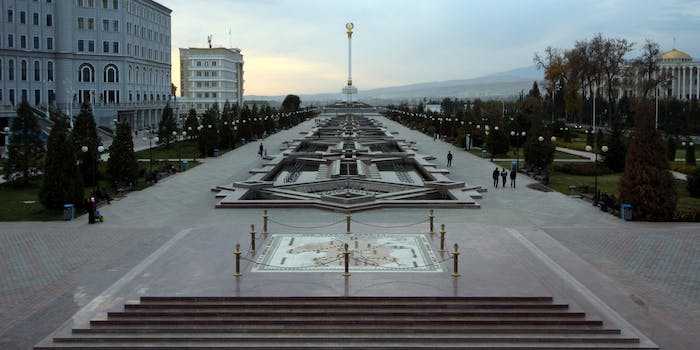 The country's on digital lockdown.

Ahead of an opposition rally in the capital, Tajikistan’s mobile operators have shut down SMS services—after already blocking access to dozens of websites, including Facebook and YouTube.

The country’s Supreme Court also banned opposition movement Group 24 on Thursday, labelling it an extremist organisation after it called for anti-government protests in the capital city of Dushanbe, Radio Free Europe reports.

Tajikistan is not a democracy, and following a bitter civil war after the collapse of the Soviet Union, it’s been ruled by President Emonali Rahmon for the last 22 years.

Its government had already recently blocked Facebook, YouTube, Wikipedia, Amazon, and more than 200 other sites, according to RBTH. That’s not unprecedented: over the last several years, Tajik authorities have sporadically blocked and unblocked various websites and apps. The entire Northern Sughd region is reportedly currently without any Internet whosoever, in what has been described by sources as “a test of the technical possibilities of Internet disconnection in the event of an escalation of violence.”

The official line is that technical difficulties are to blame for the text messaging block—but anonymous sources have told RBTH that they “received an instruction from the Communications Service to shut down our SMS services pending further notice… We do not know for how long this measure may stay in force.”

Group 24 is led by exiled businessman Umarali Kuvvatov. Kuvvatov does not have any meaningful popular support however; he is “ a practically unknown politician in his own country,” RBTH reports.