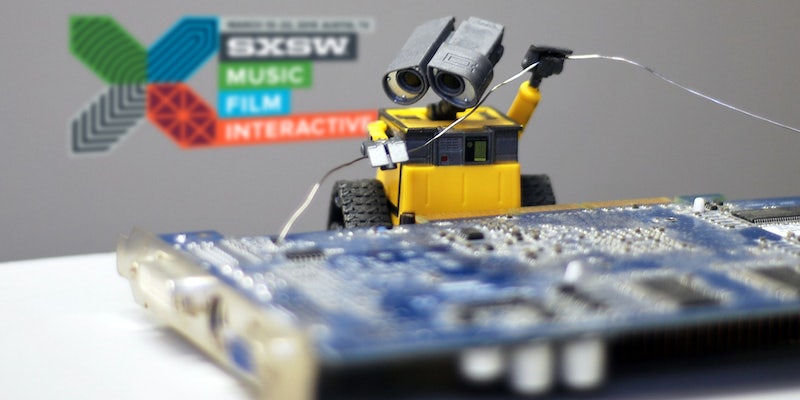 Create your own Internet of Things at SXSW.

South by Southwest officially kicks off today. The schedule overload has probably already hit you, but we’ve got one more thing to add to the list: the SX Create exhibition.

For the entire weekend, seven hours a day, you can check out the exhibit’s hands-on Creator’s Pavilion for various booths that have projects, demos, and activities that use creative new technologies.

Here’s a quick look into what to expect at some of the booths participating at SX Create. 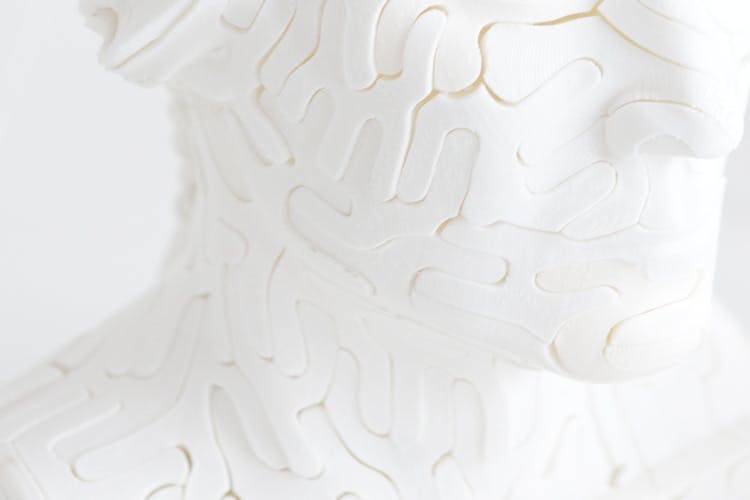 As its company name implies, 3D Hubs is at SX Create to introduce you to the wonderful and highly accessible world of 3D printing. At their booth, you can take a spin around a track with 3DRacers, the 3D-printed RC car racing game. If you’re interested in getting a 3D scan, you can do so with a Fuel3D Scanify. You can also test your skills with the Lock Nesters, a surprisingly difficult 3D-printed puzzle. And if you’ve never seen a 3D printer in action before, now’s your chance: Witness a demo done of the latest MakerBot model.

AgIC will let you make light-up message cards that are powered by circuits you design yourself. 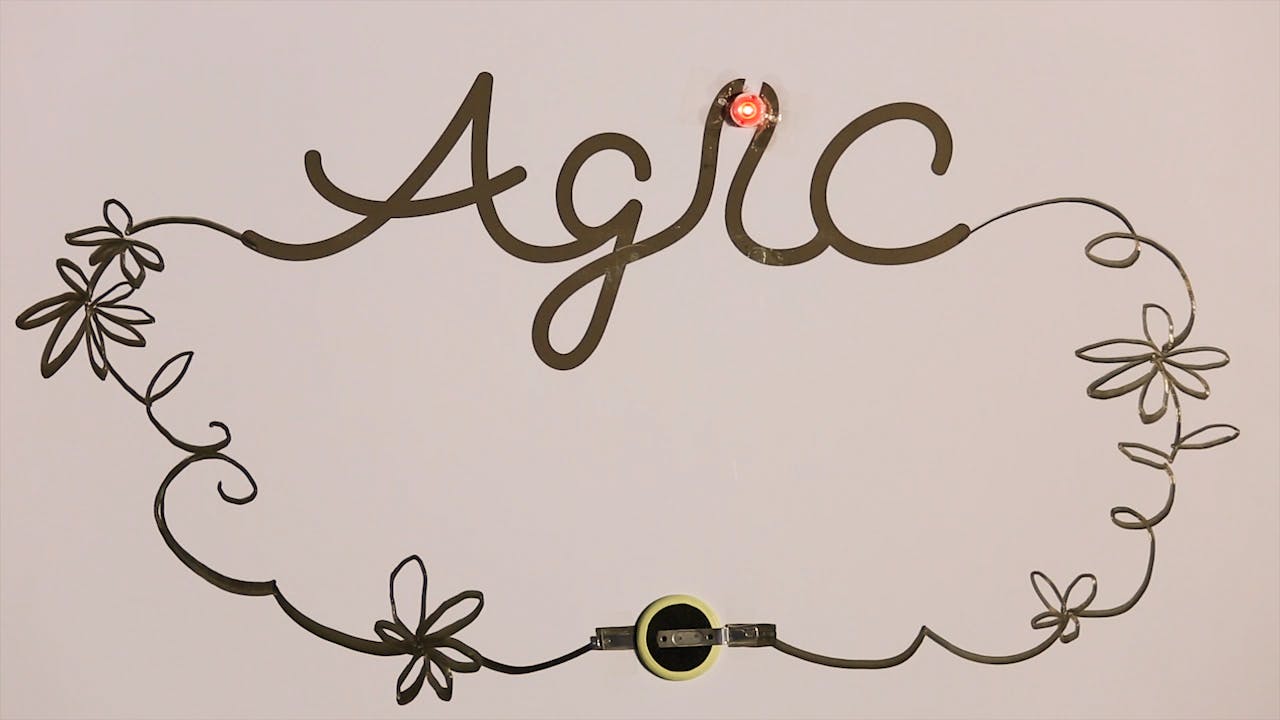 Using AgIC’s erasable conductive ink markers, techies of all ages and levels of experience can make and draw circuits with ease.

Creators of the mBed Device Platform that lets you create and execute Internet of Things products based off the company’s own microcontrollers, ARM will have a programming station set up so visitors can learn the basics. To give you an idea of the many possibilities, a live demo of the ARM mBed-enabled Coffee Machine Tracking System will also be featured at the booth. You can also have fun shooting at a target using an mBed-powered Freescale Nerfinator. 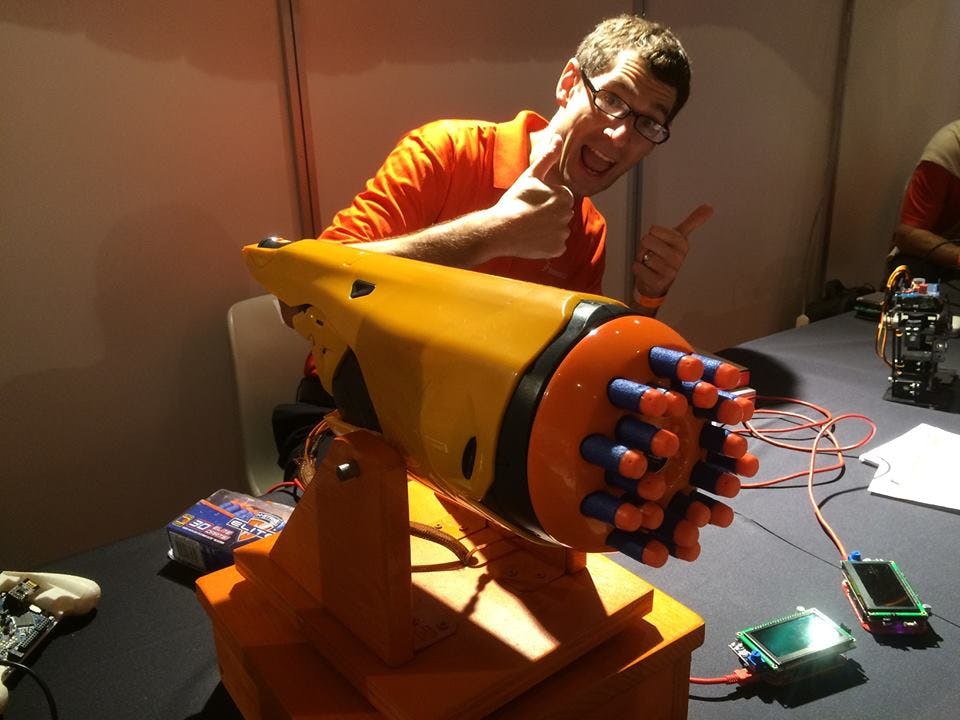 You get to try this out.

Silicon Labs is a chip and software supplier for the Internet of Things market. Apart from spearheading a panel kicking off the SX Create event, the company is also collaborating with ARM—its partner company—with its demonstration of next-generation of low-power ARM mBed platforms. Visitors can test their IoT IQ and check out cool hands-on demos at the Silicon Labs booth. You can also take the Atlas Wearables IoT fitness challenge and check your heart rate with Silicon Labs’ innovative wearables demo.

This company developed the Circuit Scribe, a non-toxic conductive ink pen that lets you instantly draw circuits on paper. Tons of pens, modules, and activities for visitors of all ages will be available to try and use at the company’s SX Create booth. Kids can practice drawing circuits, learn all about electricity, LEDs, and switches, and take their work home. You can also enjoy arts and craft activities and create greeting cards and name tags you can take home as well. If you enjoy your experience and would like to own your own Circuit Scribe, all items by Electroninks Writeables will be available at a 10 percent show discount.

Foundry is a collective comprised of inventors, tinkerers, designers, and entrepreneurs. All weekend, participants can stop by the Foundry booth and win prizes by simply answering questions about the maker movement.  On Saturday, attendees get to meet Ryan Craven, member of Foundry and creator of Mr. Hoverboard.

The company specializes in orthotic and prosthetic solutions and provides microprocessor devices for people who’ve suffered serious limb loss, among many things. For SX Create attendees who want a hands-on approach to learning, Hanger Clinic is sponsoring the e-NABLE Hand Pavilion, where the company will be showcasing the latest in orthotic and prosthetic technology alongside 3D-printed devices from e-NABLE, a volunteer community dedicated to creating 3D prosthetic tools for children in need around the world.

In the Creator’s Pavilion, the company will have a bunch of Raspberry Pi workstations where you can test some of their newest products, namely the Raspberry Pi 2 Model B. You can also use conductive ink to tinker with a new connect-the-dots board and have your drawings interact with what happens on screen. Visitors who try it out can take their board with them, while supplies last. 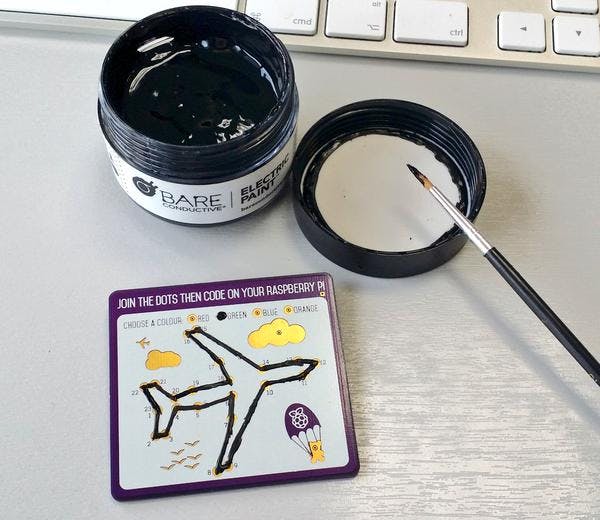 SparkFun is an online retail store where you can buy bits and pieces for your electronics projects. You can visit the company booth to participate in the BadgerHack, an activity wherein you solder your own electronic badge to wear as a geeky badge of pride all throughout the festival.

After successfully creating a badge, you will be given a card filled with clues leading to various locations around SXSW that have programming stations. 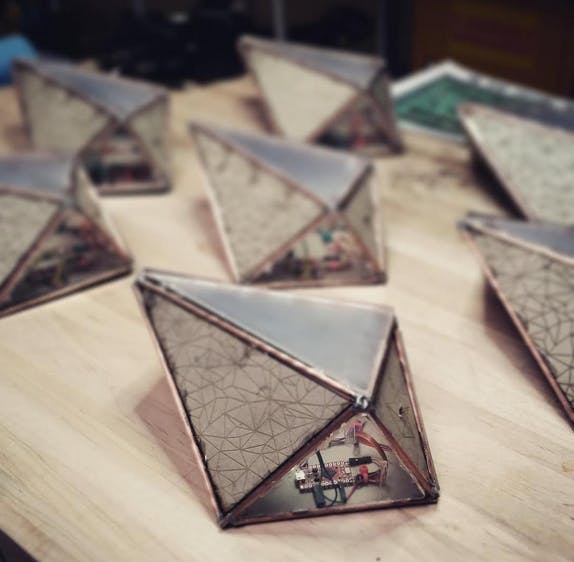 Upon completing all the clues and plugging in your badges at all stations, your badge will display a special promo code good for a discount off SparkFun gear.

SparkFun will also have something called the Paint with Code Wall, an installation designed to give players the experience of creating code-based visual art without having to know a programming language. Players can choose a pre-written block of code by picking up the associated controller and painting with it. The controller is shaped like a spray-paint can and tracked using cameras to give the effect of “painting” on the projection screen. Instead of “painting” a solid color, the controller paints a pattern generated from the selected code snippet.

Rocco Tuccio is the founder and one-man startup team behind Zippy Robotics, the company that created Prometheus, a desktop 3D carver that can turn a block of plastic, aluminum, or wood into cool and beautiful objects. Tuccio will be at the booth himself with a prototype model to show Prometheus off and discuss the many possibilities of the machine once he is done building it.