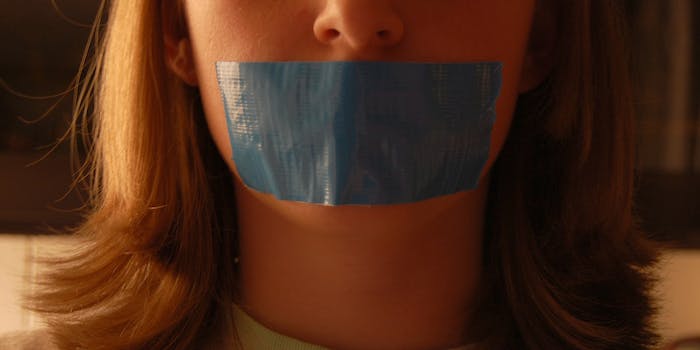 Ever feel like your Facebook feed is packed with partisan politics? On one hand, your right-wing uncle is unable to let a single day pass without equating President Obama and Hitler, while your old college roommate pens screed after screed about the urgent need to legalize marijuana.

According to a recent poll conducted by Politico, those politically prolific social media addicts likely live in areas of the country that are solidly red or solidly blue. People who live in more purple areas tend to keep their political views offline.

The survey of 834 likely voters, which was done in partnership with SocialSphere Inc. over a ten day period in early July, asked, ?In the last year, have you posted politically oriented content or commentary on a social media site?”

The poll, which only targeted respondents in areas where there is a competitive Senate or House seat up for grabs in the 2014 election, found that only 20 percent of respondents said they had posted political content to social media the past year.

In contrast, a 2013 Pew poll drawing from across the U.S. found that 39 percent of American adults took part in some sort of political or civic activity on a social network in the twelve months preceding that survey.

The two polls were conducted a year apart by different pollsters—meaning the methodologies don’t necessarily line up, which likely accounts for a portion of the gap between the two results—but the difference between the pair is stark. There seems to be a significant divergence between how often people in areas that don’t fall solidly conservative or liberal talk about politics online and how those who live where electoral outcomes are all but assured talk about politics.

The percentage of people who post online about politics were similar to those take actual political action, the Politico poll found. Only about 20 percent reported that they had donated to an issues-based or political campaign or participated in a civic, community or political organization the the past two years.

So, what’s going on here? A study published by researchers at University of Michigan and Howard University earlier this year in the journal Cyberpsychology, Behavior, and Social Networking yields a possible explanation for why this split might be occuring.

The study looked at the Facebook habits of students at a large, midwestern university and found that, by and large, the more friends someone had on the social network, the less likely they were to post about potentially controversial political topics.

The study’s authors proffered that, as someone’s friends list increases, so does the diversity of the people seeing what they post. As a result, there are more and more people the could offend with their views, so users abstain.

?Since users’ desires to be seen in a favorable light has been identified as one of the most fundamental motivations of using Facebook … the number of Facebook friends is negatively associated with [these sorts of] Facebook discussions,” the study’s authors theorized.

Bringing that reasoning over to a geographic context, people who live in swing states or swing districts may be less assured of getting a favorable reaction to political content due to the wide varation in the political opinions around them. For a person living in a place were cars with ?Obama” bumper stickers rarely drive next to cars with ?Nobama” ones, this these concerns may be less acute.

Interestingly, there’s evidence that the digital rants of your conservative uncle or your legalization-loving roommate might actually have the ability to affect the opinions of some of the people reading them.

In an another Pew poll, this one from 2012, 16 percent of respondents said that had changed their views about a political issue after discussing or reading about it on a social networking site. That may not be a huge number—but in swing states, moving the needle even a few points could be enough to make a difference.