This artist turned our face-sucking smartphone obsession into creepy images

Don't get sucked in.

While you might be totally consumed with the apps and games on your smartphone, it’s really the phone that is consuming you. That’s what French artist Antoine Geiger imagined for his new series of photos.

Titled “Sur-fake,” the collection of digitally manipulated photographs visualizes how obsessed society is with technology. The screen of the each device literally sucks in the face of the person looking at it, completely absorbing their attention and cutting them off from the world around them.

“I am more and more noticing a change in our behaviour. I would talk about an addiction but more like an excessive attitude that strikes me everyday when I get on the metro,” Geiger told the Daily Dot. “This feeling of being on my own while it’s crowded.”

While the person holding the device can’t see what’s happening around them, the effect makes the person unrecognizable as well.

Geiger explained that the idea for Sur-fake had been kicking around in his mind for some time and “suddenly it just popped up in a transmissible representation, which I like and which makes me laugh.” The face-sucking imagery is startling, but that’s part of what Geiger likes about it. “People usually find it creepy, I find it rather fun, maybe it’s dark humor.”

Geiger’s Sur-fake series is an expansion on a concept he started with a previous run of photos titled “Sur-face.” In a text accompanying visuals of the Sur-face exhibit, Geiger wrote, “There is a crisis of identity in our contemporary world.” He believes we live in a “world of images” that we are forced to be a part of, with “the face being our messenger.”

While Sur-face is about covering one’s face in order to maintain an identity, Sur-fake is about the people who have surrendered theirs. Geiger seems to believe that by participating in this system, the face simply becomes a surface for advertising and branding. He said both series of photos are “talking about unstable identities in the 21st century, due to a certain number of post-modern factors, and of course technology is one of them.”

From the photos, it seems Geiger’s concern is primarily an issue of the soul—he sees people surrendering themselves to forces that want to control them. There’s true health concerns when it comes to device and Internet obsession as well. There’s little question that the Internet and social media can be addictive, and spending too much time in front of a screen presents a variety of adverse effects, especially for younger users.

Despite the depictions, Geiger said there’s no real message he hopes people take from the photos; he sees the project primarily as a mirror.

“I know some people did react really wrong, saying they don’t feel like their life is being affected by technology, but in a way this simple comment shows that they are, as they just shared an opinion on an immaterial content, and that will probably affect their vision of other people, their conversations on that day,” he said.

If you walked around the streets of your city and saw people looking at their phones the way Geiger shows them, you’d probably be inclined to avoid that behavior. Then again, you might never even notice if you’re already looking at a screen. 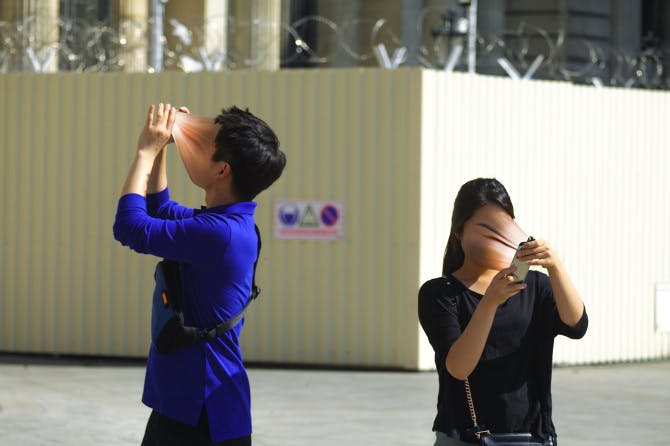 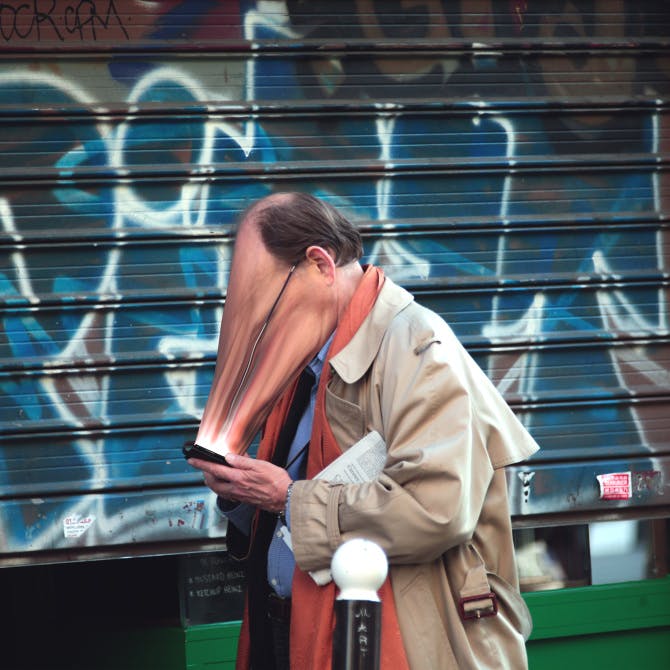 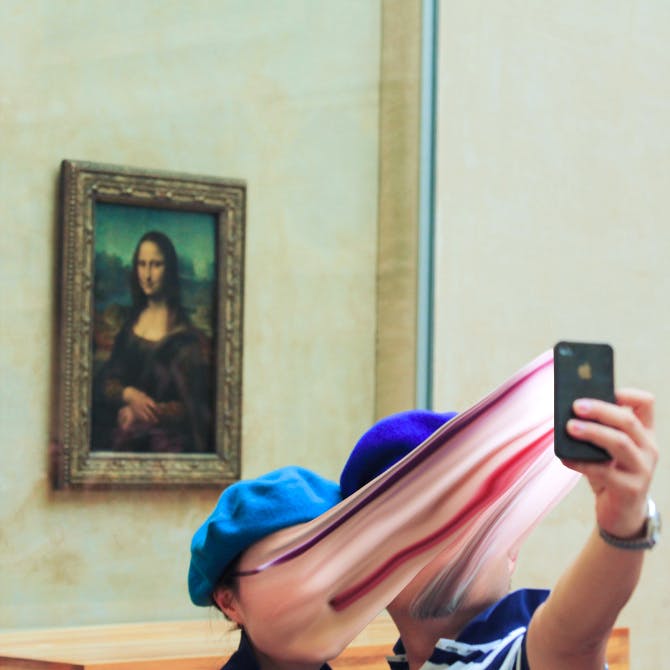 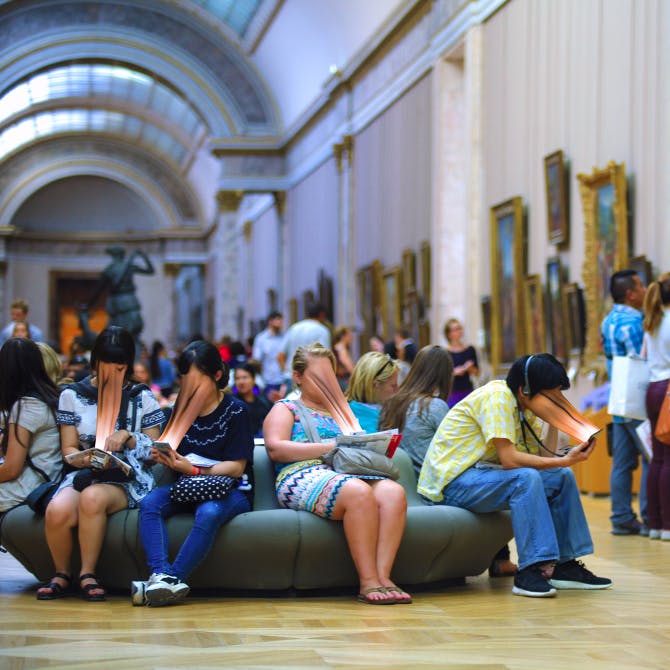 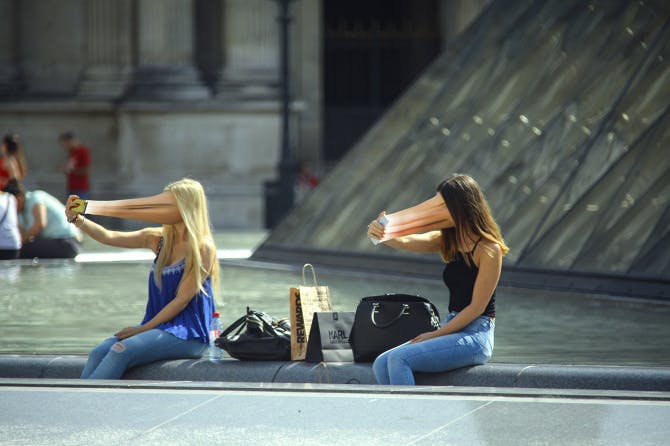