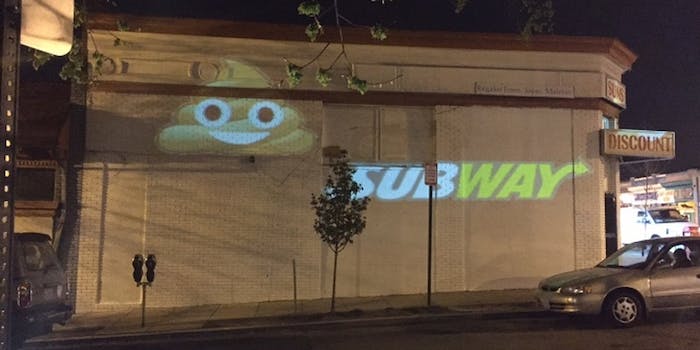 Subway is definitely not a welcome guest.

There are many ways to protest something you don’t like, but covering a building in poop is probably one of the most dramatic. Washington, D.C., residents opposed to the opening of a new Subway sandwich shop decided to do just that, with a little help from a projector and a couple dozen adorable, grinning poop emoji. 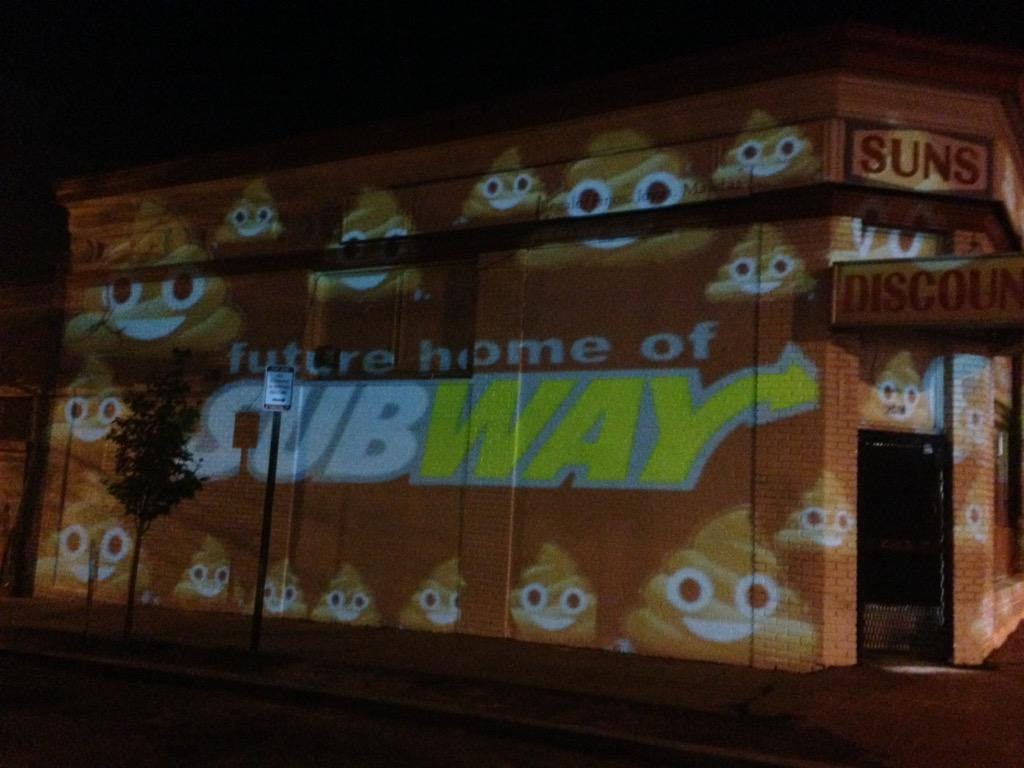 According to popular D.C. blog PoPville, a Subway has been slated to take over the former site of a local discount store for several months now, but not everyone is happy about it. The building, which was painted with a long-worn mural, a bit of graffiti and plastered with various flyers until recently, has been vacant for some time.

Subway sucks and should stay out of Mt. Pleasant!! #subwayeatshit

Now that the restaurant is creeping closer to its eventually opening, some would rather see it remain unoccupied than let Subway open for business, and are protesting in a particularly unusual way. The group opposed to the new business apparently wasn’t satisfied with traditional means of voicing discontent so they decided to use a projector to digitally paint the building with poop emoji and Subway logos.

It’s unclear exactly what issue the protesters have with Subway itself, other than the fact that they simply don’t like the chain. PoPville readers—presumably local D.C. residents themselves—are locked in a debate over whether the new eatery should be welcomed.

Those who support the protest claim the spot will be heavily loitered and insist that a chain restaurant doesn’t benefit residents, while those on the other side of the argument note that the long-vacant building wasn’t exactly contributing to anyone’s quality of life to begin with.