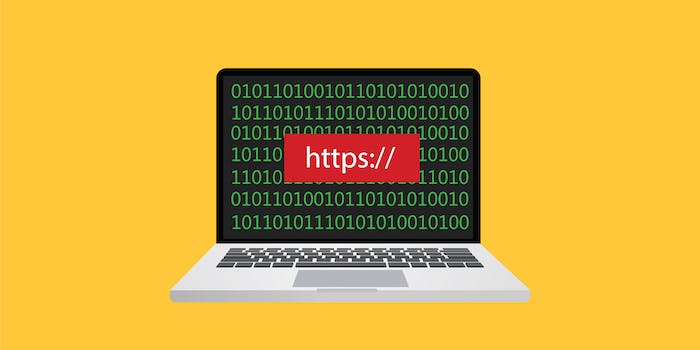 A new study has found that more than half of politicians’ websites do not use HTTPS encryption.

The study, conducted by tech website Comparitech, analyzed more than 7,500 sites from 37 counties and found that “60.75 percent did not use valid SSL certificates.”

To make matters worse, roughly half of those websites included features that allowed visitors to “register accounts, log in, sign up for newsletters, or send a message.” Without HTTPS, that information would be transmitted without proper protection.

SSL certificates help both encrypt web traffic between a user and a website and verify that the site being visited is authentic.

Of the countries tested, the U.S. fared the best with only 26 percent of politicians’ websites failing to utilize HTTPS encryption. In South Korea, however, 92 percent of such sites lacked an SSL certificate.

Among U.S. politicians, 27 percent of Republicans did not have secure websites compared to 25 percent of Democrats. Although only three websites exist for independents, all three were secure.

The study also concluded that politicians in developing countries were more likely to have sites without HTTPS than those in developed countries.

The four nations behind the U.S. that likewise had a lower number of insecure sites include the U.K. at 30 percent, Germany at 31 percent, Australia at 37 percent, and Denmark at 41 percent.

The nations behind South Korea with a higher number of insecure political sites include Poland at 91 percent, Hungary at 90 percent, Canada at 86 percent, and Malta at 86 percent.

Conducted from November of 2018 until March, the study looked at data from 72 countries but was “only able to find enough websites for the 37 countries listed.”