For the first time ever, the streaming music industry generated more revenue than CD sales, which appear to be going to hell in a handbasket.

A new Recording Industry Association of America (RIAA) report, first summarized by the New York Times, found that sales from CDs generated $1.85 billion in 2014. Streaming sales, up 29 percent in 2014, made $1.87 billion.

The CD is ailing, and the on-demand streaming model, while not yet financially sound (we’re waiting on Apple to figure that bit out), has grown more popular than ever. According to the RIAA, streaming music made up 27 percent of total revenues generated in the music industry over the course of 2014, up from 21 percent in 2013.

The RIAA took into account streaming subscription services, such as Spotify and Rhapsody into account, along with Internet radio services, like Pandora and Sirius XM. Confusingly, it claims to have also considered revenues from YouTube‘s musical side, though how that was quantified and teased apart is not clear. We’ve reached out to the RIAA for clarification and will update with any we receive. 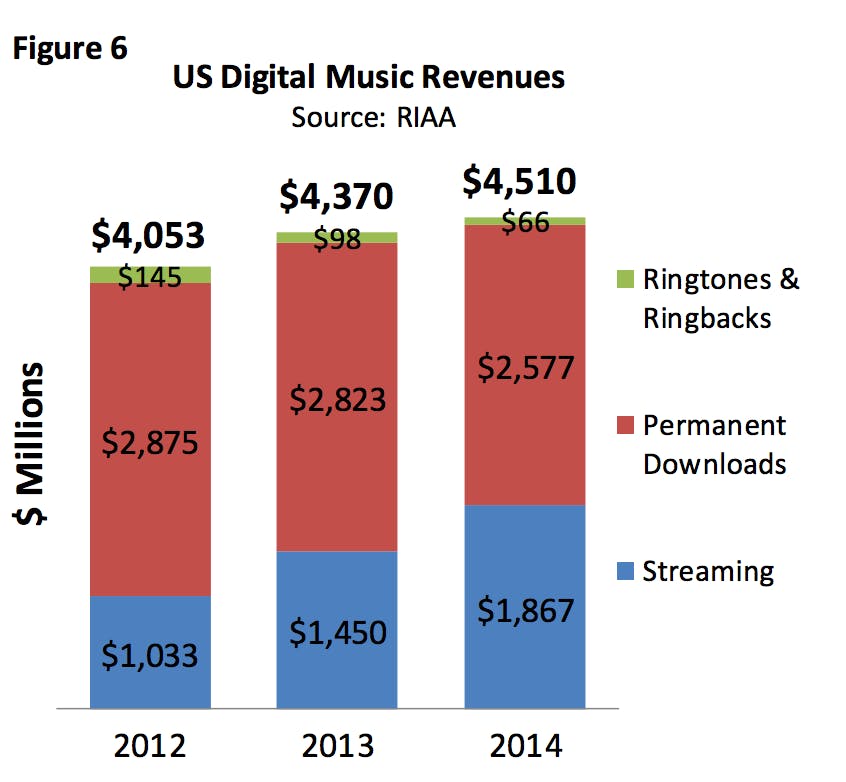 Meanwhile, vinyl, that impossibly hip rediscovered enthusiast format, shot up 50 percent to rake in $321 million—not bad for a dying breed.