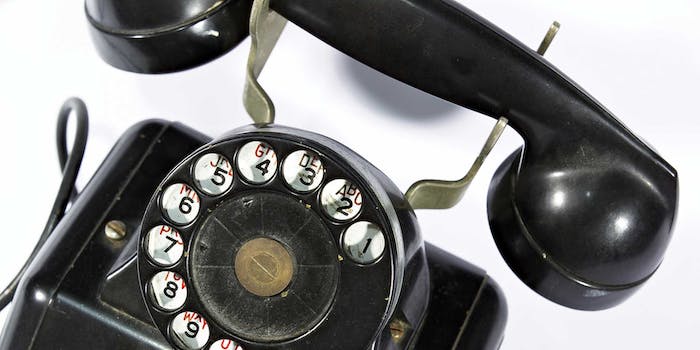 PRISM opponents have talked to Congress for one straight week

With almost half a million signatures, StopWatching.Us has connected Americans with their elected representatives for more than 10,000 cumulative minutes.

A widget created by activist coalition site StopWatching.Us has led them to spend more than a cumulative 10,000 minutes lobbying Congress about NSA spying programs like the controversial PRISM.

That’s the equivalent of a straight week of nonstop talking to Congress and their aides.

StopWatching.Us, with just under half a million signatures, is one of three noteworthy Internet petitions circulating the Internet. A We the People petition grabbed enough signatures to warrant a statement from the White House, and an international Avaaz petition is up to almost 1.3 million signatures. But only StopWatching.Us, the product of a coalition of such influential Web ventures as Reddit, Mozilla, and the Electronic Frontier Foundation, offers direct advocacy.

Users who call the StopWatching.Us hotline—it’s 1-STOP-323-NSA, if you’re curious—are greeted with a message from Holmes Wilson from Fight for the Future, prepping them before they’re connected:

Be polite. You might be angry. We are too. But please, we need to persuade and pressure, not harass. Second, tell Congress you demand a committee to investigate NSA spying and strong new laws to protect your private communications.

They’re then prompted to enter their ZIP code to be connected with their elected official.

It’s reminiscent of the most famous instance of Internet advocacy to have had a direct effect on D.C. In January 2012, a number of sites, many of the same ones involved in StopWatching.Us, urged visitors to call Congress to demand an end to the Stop Online Piracy Act (SOPA). That act, according to Rep. Zoe Lofgren (D-Calif.), left Congress “shell-shocked.” SOPA was immediately tabled and soon expired, and its most infamous lobbyist, former Sen. Chris Dodd, conceded that such bills were “dead; they’re not coming back.”

To date, activists have made more than 3,000 calls. Sina Khanifar, an activist who helped create the site, told the Daily Dot that the coalition planned email blasts Monday and Tuesday, and expected the number of calls to jump.