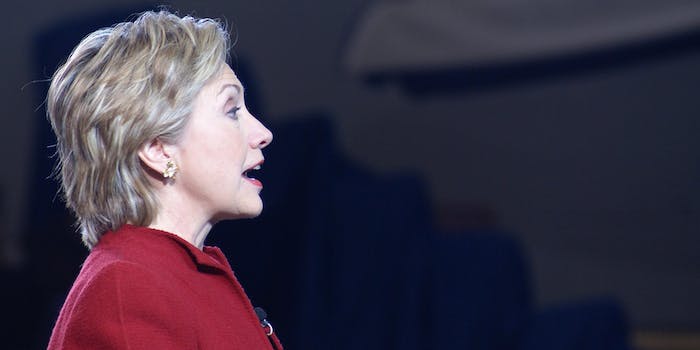 Hundreds of emails release Friday represent about 1 percent of all Clinton emails turned over to State Department.

Amid continuing political pressure from conservatives, the State Department has released the first round of emails sent by former secretary of state and current presidential candidate Hillary Clinton from her private email server.

The declassification of some 300 emails comes after Clinton was roundly criticized earlier this year for sending and receiving emails on a private email server in direct violation of guidelines that required electronic government correspondence to be conducted on government servers.

This first round of emails, which amount to about 850 pages, deal heavily with events surrounding the 2011 attack on the U.S. Embassy in Benghazi. The attack, which resulted in the death of Ambassador Christopher Stevens and three other Americans, has been used by conservatives to lead an ongoing investigation of Clinton and the Obama administration, sparking a number of conspiracy theories about the events in Libya.

Both the White House and the State Department say that the emails release Friday support Clinton’s claims about her knowledge and actions on the day of the attack. These pronouncements are backed by the New York Times, which reviewed a portion of the emails in advance and concluded that they, “appear to back up Mrs. Clinton’s previous assertions that she did not receive classified information at her private email address.”

Following the revelation that Clinton sent and received emails on a private server maintained at her residence, conservative critics jumped at the possibility that these emails were kept private as a way to hide damaging information about Benghazi from the public.

But for Rep. Trey Gowdy (R-S.C.), who leads the House of Representatives’ ongoing Benghazi inquiry, the release of these emails isn’t enough. The emails were turned over by Clinton herself to the State Department, and they only represent a portion off all the emails she sent as secretary of state. Gowdy wants access to all the Clinton emails before giving up his committee’s investigation.

“To assume a self-selected public record is complete, when no one with a duty or responsibility to the public had the ability to take part in the selection, requires a leap in logic no impartial reviewer should be required to make and strains credibility,” Gowdy said Friday, according to the Washington Examiner.

The emails released Friday only represent about 1 percent of the 30,000 total emails that Clinton has turned over to the State Department. The agency has promised to review all the emails for sensitive security information before releasing them to the public.