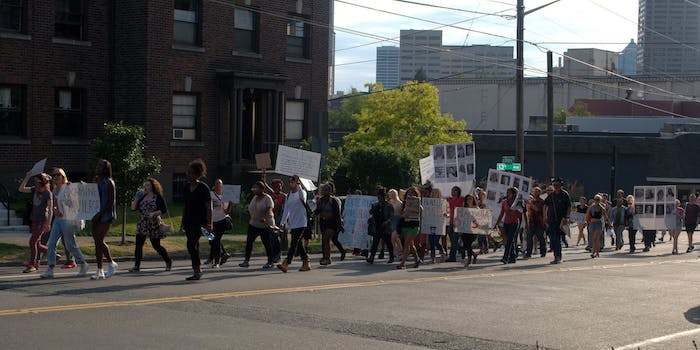 "Calling your job is not in violation of any law," he claims.

St. Louis, Mo., has been a hotbed of tension over the past months: The fatal shooting of unarmed teen Michael Brown by the police—followed by the shooting of Vonderrit Myers—has pushed community relations almost to breaking point. Angry street protests are a nightly occurrence.

The police have at times only made things worse for themselves, arresting journalists and pepper-spraying observers in an attempt to keep a handle on things—but the actions of one cop were apparently one step too far, and the local force is now investigating.

Officer Keith Novara had decided to take things into his own hands over what he considered was “inciteful” behavior from Leigh Maibes, an activist in the recent protests. He called up her place of work, purportedly to give her employer a “heads up” as part of normal duties—but Maibes believes he was trying to get her fired.

After getting hold of Novara’s number, Maibes decided to call him up and ask him to explain himself—and recorded the entire conversation.

“So saying I’m against police brutality, and I don’t like the way police handle female activists … some of the things that were done to silence … and intimidate activists, that’s ‘inciteful’?” Maibes asked the police officer.

Novara’s response: “I really don’t want to engage in this conversation any more.”

Novara is now under investigation by his local force over his actions, the St. Louis Post-Dispatch reports, though he has not been suspended. The police union defends the his actions, arguing that he was “setting the record straight on public statements made by people spreading irresponsible lies and calling for violence against the police.”