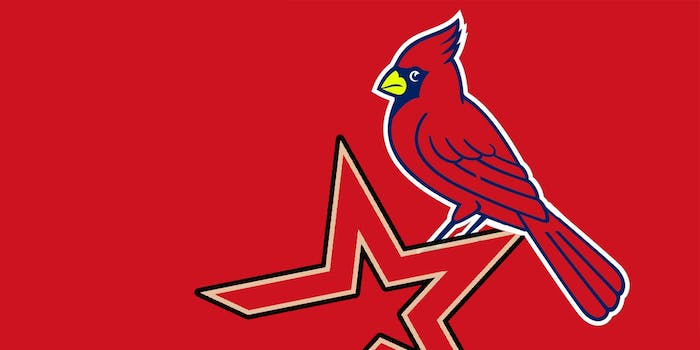 One of the first dominoes has fallen in the Cardinals-Astros scandal.

It was revealed last month that the FBI was investigating the St. Louis Cardinals, one of baseball’s most consistently formidable teams, for allegedly “hacking” into the database of the Houston Astros.

On Thursday, a Cardinals employee that apparently had admitted to breaching the Astros’ system was fired, according to the St. Louis Post-Dispatch. That person is team scouting director Chris Correa, who apparently said he only broke into the Astros database to determine whether the Astros had stolen proprietary data from the Cardinals.

According to the paper, Correa did not leak any of the Astros’ data and is not responsible for any other additional database breaches of their computer system.

Said Nicholas Williams, Correa’s lawyer, in a statement: “Mr. Correa denies any illegal conduct. The relevant inquiry should be what information did former St. Louis Cardinals employees steal from the St. Louis Cardinals organization prior to joining the Houston Astros, and who in the Houston Astros organization authorized, consented to, or benefitted from that roguish behavior.”

One reason given for the Cardinals’ alleged breach was due to Astros general manager Jeff Luhnow, who used to work for the Cardinals and who the St. Louis organization believes took the idea for the Cardinals computer network, called Redbird, that houses all of its scouting reports, trade talks, and other player information, and then set up the same type of system in Houston where it was called Ground Control.

According to the New York Times in mid-June, “[FBI] investigators believe that Cardinals personnel, concerned that Mr. Luhnow had taken their idea and proprietary baseball information to the Astros, examined a master list of passwords used by Mr. Luhnow and the other officials when they worked for the Cardinals. The Cardinals employees are believed to have used those passwords to gain access to the Astros’ network, law enforcement officials said.”

For his part, Luhnow has denied any wrongdoing.

Correa, meanwhile, was not what you’d call a low-level employee. As the Post-Dispatch describes, “This past winter, Correa was promoted to director of amateur scouting and given the reins to the team’s draft approach. Last month, Correa oversaw his first draft as the director, and he was involved over the past three weeks with signing draft picks and having them debut throughout the Cardinals’ minor-league system.”