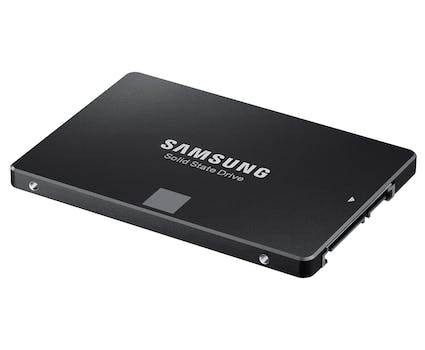 A beginner’s guide to SSD and HDD

When it comes time to buy your next computer, do you need an SSD or HDD? It depends.

What kind of hard drive is right for you, solid-state or a traditional hard disk drive?

If it’s been awhile since you bought a computer or external hard drive, you may not know what those terms mean. After all, a hard drive is a hard drive, right? For many users, sure. But if you’re doing complicated or graphics intensive tasks, the drive you select could make all the difference. Here’s the Daily Dot’s crash course in the difference between an SSD and HDD.

What is an HDD?

An HDD, or Hard Disk Drive, is the stand hard drive that all of our readers grew up on. It’s a block with a spinning magnetic metal platter inside of it that stores your information, whether its vintage erotica or your tax documents. A special arm reads and writes from the platter as it spins, allowing you to run programs or save files.

What is an SSD?

An SDD, or solid-state drive, has the same functions of an HDD, just without the moving parts. Instead, your data is stored on flash memory chips. SDD’s come in some shapes and sizes, but they’re generally smaller and lighter than traditional HDDs.

So why buy an HDD?

At the moment, HDDs provide the most bang for your buck. It’s easy to find a 1TB internal hard drive for around $50, meaning expanding your machine’s memory is easy and cheap. A similar size SSD can set you back hundreds of dollars. As your storage needs go up, so do the cost of your hard drives, but with an HDD you can get terabytes of information for the same cost a standard 500GB SSD would run you.

HDDs also serve the needs of most users. If you’re not doing crazy design or graphics-heavy processing, an SSD is nice but not incredibly necessary. Your light writing and web-browsing PC don’t need one. If it comes to saving a few hundred dollars or getting an SDDs, consider your needs before making the jump.

Even if you are a graphic designer who makes the jump to an SSD, keeping an HDD in your set-up can prove invaluable. Storage space comes at a premium, and you can run your graphics-intensive programs from your SSD while keeping your files on an HDD. You don’t need to choose between one or the other unless you’re dealing with laptops. Desktop users should consider investing in both.

So why buy an SSD?

While SSDs are expensive, your money goes towards a faster user experience. An HDD needs to speed up to get to optimum performance, meaning you’re going to spend more time waiting for your computer to start and programs to launch. SSDs don’t need to warm up; they simply boot directly from the flash memory on the drive. That means your apps will load faster, be less likely to stall out while the hard drive tries to catch up with it, and your files will transfer faster. You don’t have to wait for the read/write arm to do its work. Besides, SSDs don’t suffer the same issues with fragmentation that traditional HDDs do.

Their biggest selling point, however, is their reliability. An SSD has no moving parts, so there’s a better chance it’ll still work after you accidentally drop it or experience a car wreck. Unlike the comparably delicate HDDs, SSDs have been a godsend to the clumsy. Also, SSDs are silent. If having a noisy computer is something you find distracting, you’ll never have to worry about a loud spinning sound coming from your SSD. Your computer’s fans might drive you nuts, but your hard drive will be quiet as can be.

OK smart guy, what should I buy?

The answer is up to you, but if you’re working in a desktop environment, we suggest having both. There’s no reason not to sup up your machine and keep a traditional old standby HDD on hand, too. If you’re buying a laptop, we suggest going with the largest SDD drive you can afford and invest in a few high-capacity external HDDs for your big files, media archives, and backups. You’ll appreciate the speed boost, and in the long run, as programs get more intensive, you’ll appreciate not having to listen to your hard drive struggle to keep up.

If all you can afford is an HDD, there’s nothing to be ashamed of. They’re still the standard for a reason—they work great and are easy to replace. Just be aware SDDs are the wave of the future. As time goes on, they’ll get cheaper just like any technology. Your needs will vary, but in the future, they’ll probably include an SDD. Prepare for that day now. Get the SDD.