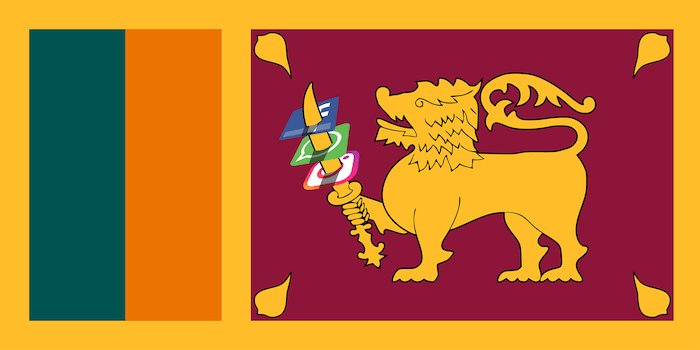 Will it fix the problem?

Sri Lanka has made a bold move in order to ban the spread of violent hate speech: It has blocked social media apps Facebook, Viber, and WhatsApp.

Specifically, the move was made to curtail hate speech related to attacks in Sri Lanka’s Kandy district. The Southeast Asian country just declared a state of emergency there, where a Buddhist majority have been burning the homes of minority Muslims. Buddhist nationals accuse these groups of forcing citizens to convert to Islam, as well as vandalizing Buddhist archaeological sites. (Accusations that the Muslims refute.)

According to Reuters, Facebook has been the source of some of the violence. Extremist groups have been posting about attacking Muslims, and Muslim-owned businesses have also been targeted.

On Tuesday, the government ordered telecommunications companies to block access to Viber, Facebook, and WhatsApp. Sri Lankan authorities hope that in banning access to social media, it will help curb the violence. Reports differ as to how long the ban will be in effect—Reuters reports 72 hours, while Sri Lankan Telecom said it would be in effect “until further notice.”

While social media can be used for good in situations like this—bringing public awareness to what’s happening on the ground and connecting those in danger with loved ones—it can also prove dangerous and divisive. Across the globe, blocking social media is often one of the first measures a government will take to curb civil unrest. Turkey, for example, temporarily banned access to social media during a 2016 coup attempt. And during riots in the U.K. in 2011, Prime Minister David Cameron also considered restricting access to Facebook and Twitter, as they were thought to be helping organize such criminal behavior. Thailand also threatened to block social media during a 2014 military coup.

Nations like China avoid the issue altogether by completely banning many social media platforms and allowing heavily censored versions of others.

In this case, the cause of the social media ban is different: It’s to help prevent people-on-people violence, rather than people-against-government violence. However, if social media sites did a better job of disallowing hate speech to begin with, such a ban wouldn’t be necessary.