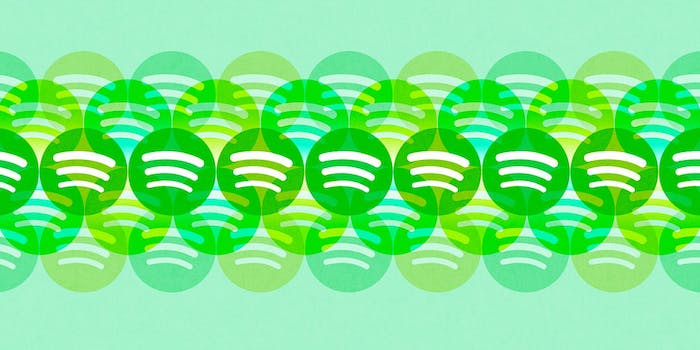 Get your fix of medieval rock and neurofunk.

The days of tossing every underground artist into the “alternative” genre are over. Spotify has identified more than 1,300 unique music classifiers, including some incredibly specific ones.

Using a classification system that “reacts to cultural and acoustic information,” Spotify identified 1,369 genres of music. In an effort to show off some of the oddities, the streaming service released a list of the 50 genres with the strangest names.

Included on the list were some genres that have crept close enough to the mainstream that you might be familiar with them. There’s nerdcore—hip-hop music with a nerdy tilt—which consists of artists like MC Chris and MC Frontalot. There’s shimmer pop, a relative of indie pop, which has produced some noteworthy artists getting top-40 radio spins like Walk the Moon and Bastille.

There are plenty of subcategories of broader genres in the list. Freak folk, for example, is a more contemporary version of folk that uses rock elements. Medieval rock is not bands that dress up in suits of armor but rather rock blended with elements of elements of medieval, renaissance, or baroque music.

The odder the genre label, though, the more hyper-specific the music that it seems to capture.

Some are explanatory enough: aussietronica is electronica from Australia, spytrack sounds like the soundtrack for spy movies, and wrestling is music by and featuring wrestling stars (alternatively described as “bad,” probably).

There are several examples of a particular record label getting its own genre for the type of music it produces. There’s the ninja genre named after bands on or influenced by Ninja Tune, and the Monstercat record label has a catstep genre.

Then there’s the stuff that’s so weird, even the explanation tells you next to nothing about it. Spotify defines the genre abstracto as “like complextro, but more abstract than rhythmic,” which are words that mean nothing at all. Solipsynthm is defined as “solo laptop experimentalists,” which is how I’m going to describe my job to my family from now on.

Spotify devised these genres using its music-intelligence platform Echo Nest. The system not only listens to music and tries to discern identifying elements but also “reads everything written about music on the web.” The result is a “trend-aware” system that can spot new genres on the fly and group artists and songs into dynamic clusters that best define them.

Echo Nest’s genre list is available in its entirety on Every Noise, which tracks and maps these genres as they spring to life.