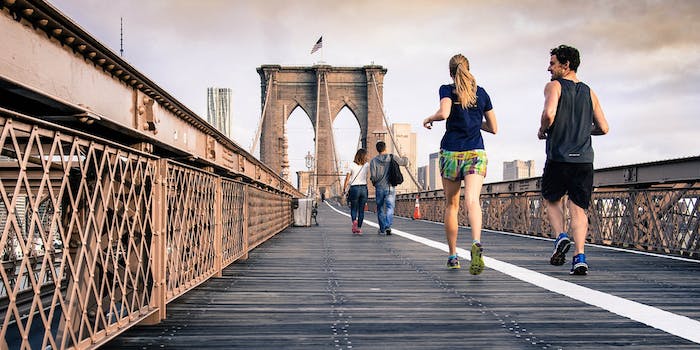 The app now customizes music for your run.

I am not what you would call a serious runner. I’m fairly slow, and I don’t wear a smartwatch or other wearable to constantly monitor my heart rate and speed. But I always run to music, and Spotify is my main music app. When I finally got Spotify Running, a new feature in Spotify’s iPhone app, I was excited to try it out.

In short, I was seriously impressed. Not only does it serve up a solid selection of music, but it also helps you keep your pace steady, something I am, apparently, quite bad at when I run on my own.

And it made my run so much better.

Spotify Running rolled out with a number of other changes to Spotify last week, including the addition of podcasting, original video content, better discovery features, and radio shows. All these new features are available for Spotify Premium—a service I already pay $10 per month for.

To access the new features, I hit the “Settings” tab in the Spotify menu. It asked if I wanted to check out some of the new experimental features, and I selected “yes.” It kicked me out of the app to restart it, and when I logged back in, Spotify had a whole new look.

Within the new app, a “Running,” option is now available in the Spotify menu. When you tap it, it takes you to a broad selection of music and playlists—there are Spotify original playlists broken up into different chapters; a customized playlist that plays music based on your own library and listening history; and different genres and moods, like country, rock, indie, hip hop, mood-boosting and “upbeat run.” 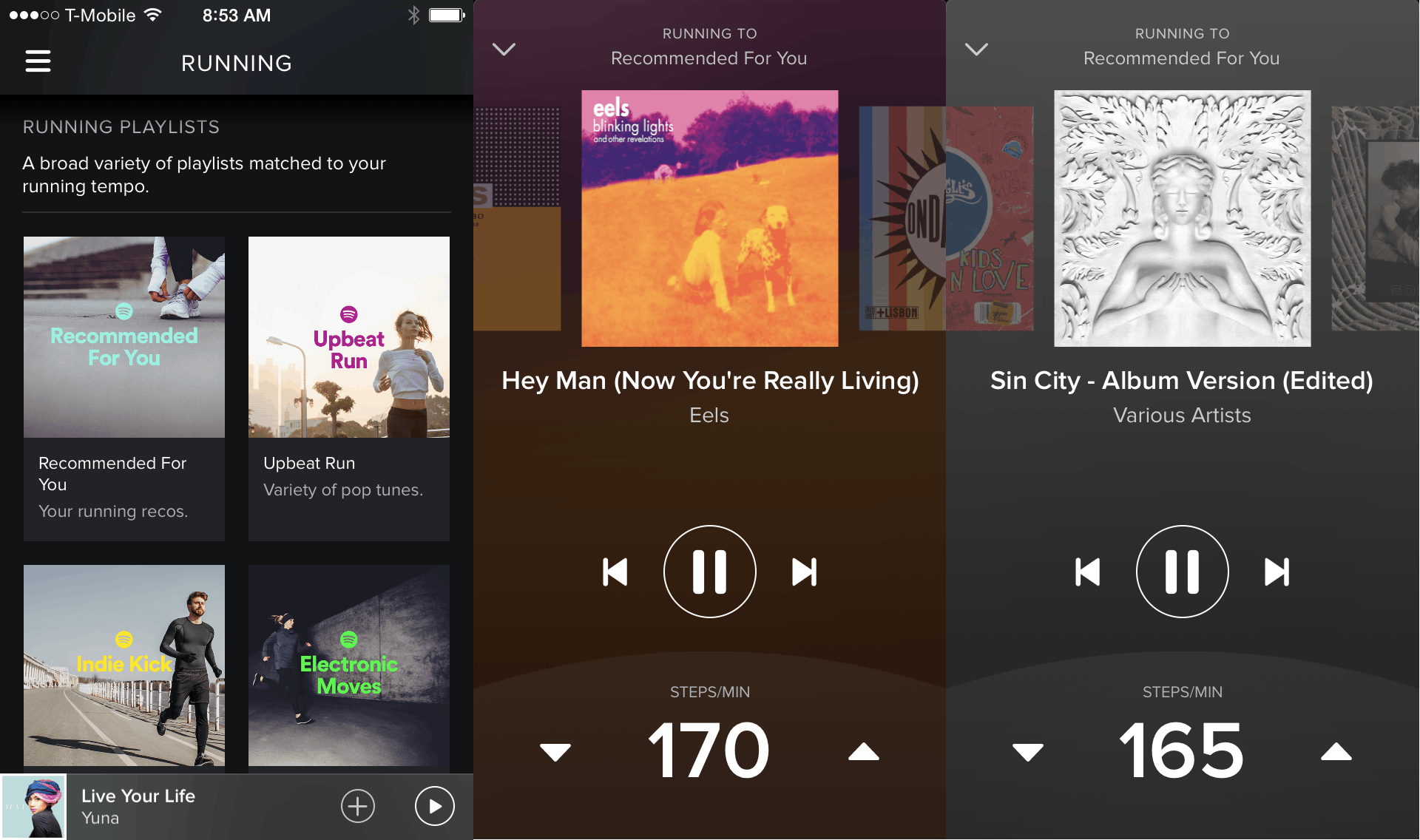 I started off with Spotify’s album “Lock the Flow,” which is electronic music mixed with dubstep. It’s broken up into seven “chapters,” and each chapter sounds a little different. After I selected Lock the Flow, Spotify asked me to start running so it could gauge how many steps I take per minute and plays the music to my beat.

The app determined I run at 165 BPM (music beats not heartbeats) and began to play music that coincided perfectly with each step. Spotify only analyzes your pace when you select an album—it’s not changing based on how fast or slow you’re running. You can do that manually within the app.

In a way, this consistency actually helps. It keeps your running at the same pace throughout your workout. Because it feels weird to step off-beat.

After three miles, I got a bit bored with Spotify’s albums, and tried “recommended for you.” And will never go back to any other running playlist.

Spotify totally nailed my music tastes. For the last three miles of my run, I listened to a variety of music within the 165 BPM range, everything from indie rock to rap. The app didn’t play any full song, rather it bounced pretty seamlessly between tunes—something I usually do manually when running, which takes focus off the street and puts it on my phone, slowing me down further.

Before I used Spotify Running, I had no idea how inconsistent my pace was. My legs were definitely confused as to why we were running nonstop at the same pace, instead of slowing down or speeding up based on whatever song came on Spotify Radio. (Spotify does have workout albums based on BPM, but I avoid them because I have yet to find one with a song selection I actually like.)

Between Spotify’s quick succession of songs that match my pace, and customizing the playlist to only play songs the app thinks I’ll like, I didn’t have to focus on my phone as much as I used to. No more stopping in the middle of the road because the album got boring.

There are still some features I wish the app had, like automatically detecting when you slow down or speed up—for a casual runner, keeping a steady 165 BPM for six miles was tough, especially after starting at 170 BPM and realizing there was no way I could keep that up. But it definitely gave me an achievable goal that kept my workout in check. Since I’ve only used the recommendation feature for a few miles, I’m not sure if I’ll eventually begin to hear the same songs over and over. Though considering Spotify’s robust library, I should be hearing unique tracks for a while.

Spotify Running is only available on iPhone for now, but will be available for Android, too.

I already used Spotify every day, and didn’t want to switch to yet another app just so my jogging flow would be supported by tech. But now that it can match my music tastes to my running pace, I likely won’t be using any other music service. Because just a few short months ago, I asked if something like this existed.

There should be an app that serves up music based on how fast you're running. Or cooling down. Does that exist yet?

I asked, and Spotify delivered.