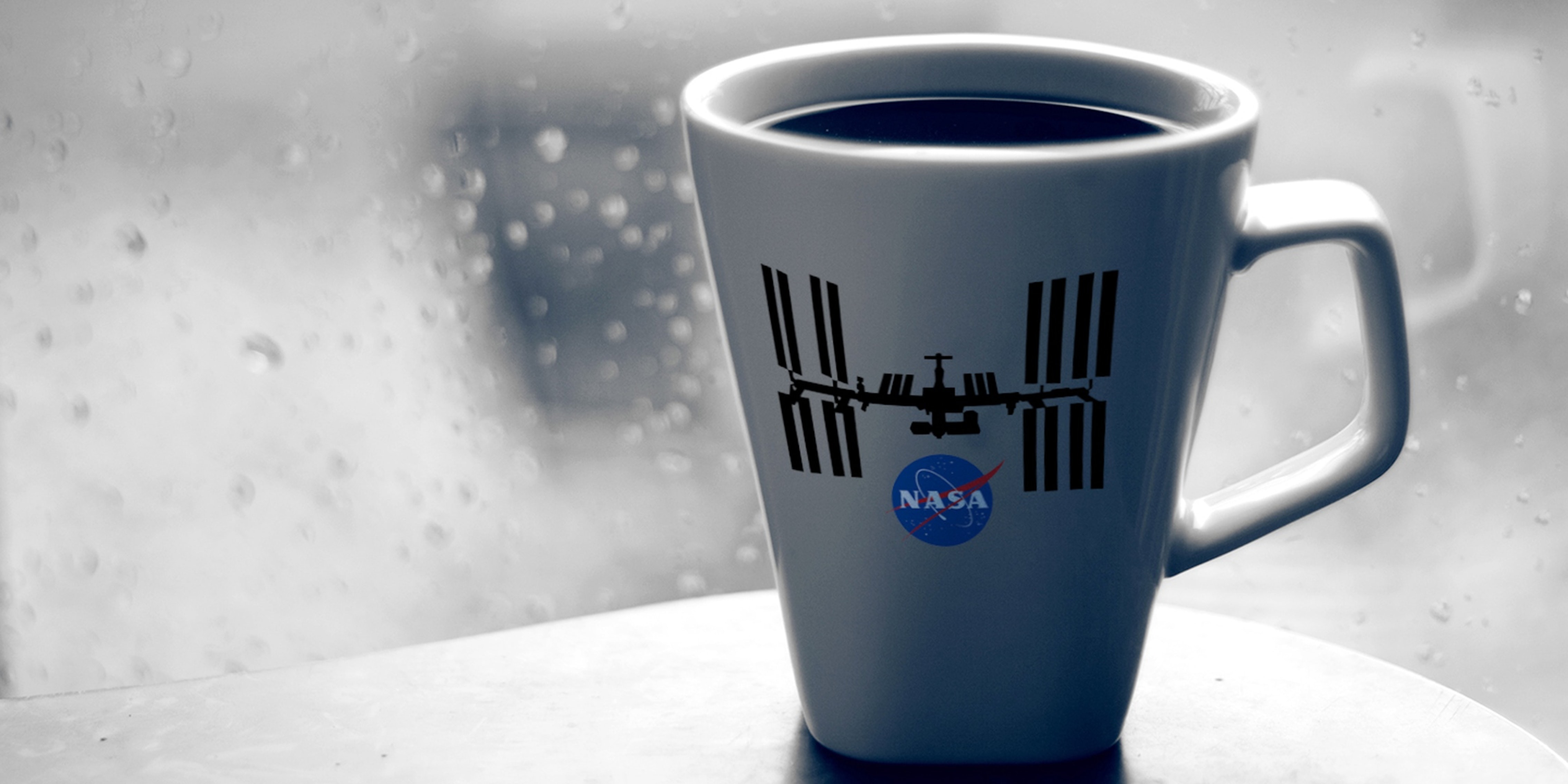 SpaceX is about to send astronauts their very own coffee shop

A good brew and a good view.

Astronauts trade a lot in exchange for a chance to view the pale blue dot we call home from low Earth orbit. For the most part, the trade-off seems fair: 250 miles up on the International Space Station (ISS), there are Instagram opportunities those of us slogging our way through terrestrial gravity can’t even imagine. Save for one thing—could you get by without decent coffee?

Astronauts have been making do for decades, but today a proper coffee machine is hitching a ride into lower Earth orbit. SpaceX’s Dragon capsule is set to deliver a space-specific espresso maker, reengineered for the challenges of microgravity. Italian astronaut Samantha Cristoforetti will receive the espresso machine, which was created by prominent Italian coffee company Lavazza.

“We have been thinking about taking the espresso into space for some time,” said Lavazza Vice President Giuseppe Lavazza.

The machine, cleverly named the ISSpresso, was crafted in a partnership between Lavazza and aerospace design company Argotec. (We imagine NASA astronauts are eager to help test the device as well.) 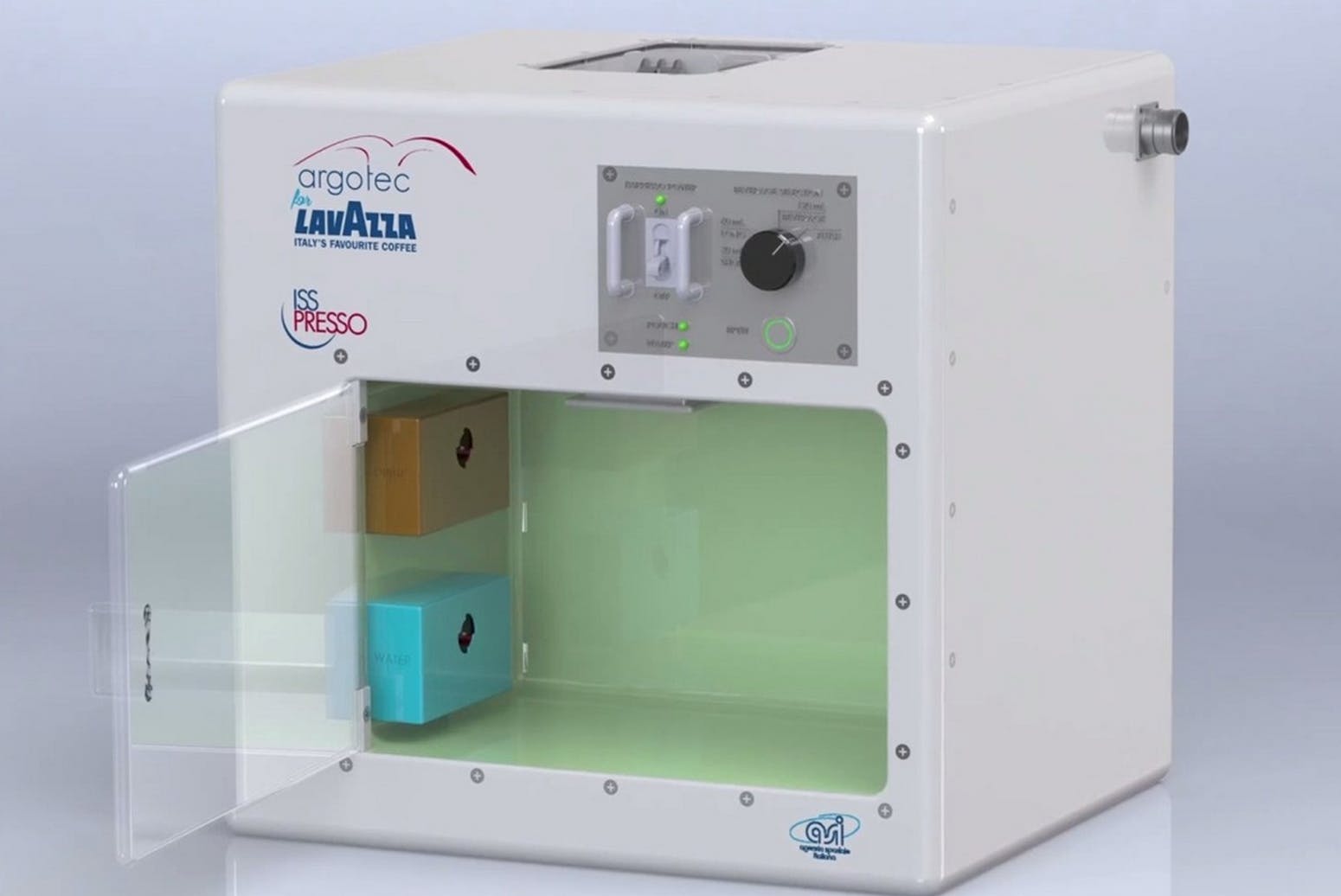 “The ‘corner café’ on the ISS will be the hub for socialising on board the Station, a sort of social network in space, a venue for getting together, chatting and relaxing: an aspect that should not be ignored in missions that keep the astronauts away from home for many months in a very challenging environment.

“The innovative capsule system will also be able to prepare not only a regular espresso, but also a caffè lungo or hot beverages, such as tea, infusions and broth, so that food can also be rehydrated.”

As Discovery notes, the ISSpresso machine was originally set to be delivered by Orbital Sciences, but those plans were scrapped when an Antares rocket exploded last October.

Doing anything in microgravity is more difficult, and liquids and their pesky liquidiness are particularly troublesome.

Astronauts on the ISS tend to get by on essentials, relying heavily on freeze-dried versions of things that normally would be pleasant to consume. Beverages are powdered and “rehydratable”—an unimaginable horror for anyone with a passing respect for a proper well-roasted, pour-over or pitch-perfect Americano. Beyond that, preparing anything that’s going to approach liquid form is a headache. In the early 90’s, NASA developed a new system to make preparing and consuming beverages “easier” for astronauts:

“The beverage package is made from a foil laminate to provide maximum barrier properties for a longer product shelf life. A septum adapter is sealed in the package after the beverage powder has been added. The septum adapter holds a septum which interfaces with the galley water dispenser for the addition of water, and with a straw for drinking the beverage.”

Keeping with space’s strict adherence to protocols, here is NASA’s mission description of how to make the perfect espresso… in space:

In the research overview portion, NASA notes that the space espresso-maker will be able to prepare “A taste of home.”

Today as SpaceX tries to make history by landing the first stage of its Falcon 9 rocket on a barge post-launch, it stands to make history for a station’s worth of undercaffeinated astronauts as well.