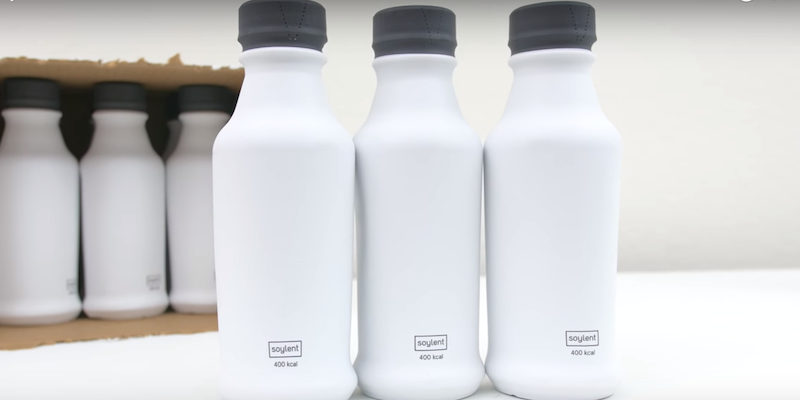 Canada bans Soylent because it’s not actually a meal

Don't worry, it has nothing to do with safety concerns.

The good folks up north will now have to eat real food if they want to meet their daily nutritional requirements. That’s because the Canadian Food Inspection Agency (CFIA) banned all shipments of Soylent into the country.

If you aren’t familiar, Soylent is an on-the-go meal-replacement drink that started gaining notoriety in 2013 for its radical claim that drinking a pale, tasteless sludge could keep you healthy. The product was aimed at a new generation of workers who spend all day staring at their screens, too transfixed to think about heating up leftovers.

People were intrigued by those claims, and at one point it seemed every blogger on the internet was writing a “How I survived X days without food” post. First promoted as a complete meal replacement capable of providing all nutritional needs, Soylent now claims a 400-calorie drink accounts for 20 percent of one’s daily requirements.

The company, named after the 1973 cult-classic Soylent Green, started selling its product in Canada in 2015. Now it’s being forced to cease all shipments to customers because it doesn’t meet federal regulations. Rob Rhinehart, founder and CEO of Rosa Foods, which produces Soylent, assured customers that the government decision comes down to regulation, not safety concerns.

“Our products do not meet a select few of the CFIA requirements for a ‘meal replacement,’” Rhinehart wrote on the product’s website. “Although we feel strongly that these requirements do not reflect the current understanding of human nutritional needs, we respect the CFIA’s regulations and will fully comply with any regulatory action they deem appropriate.”

Rhinehart says he is working with Health Canada and CFIA to regain permission to sell the drink, “We’re working to get Soylent back into Canada as quickly as possible. We have no firm timelines yet, but will be posting regular updates to this page.”