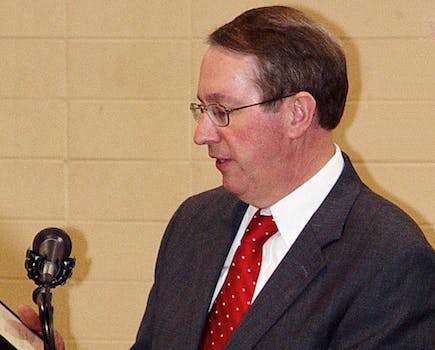 The chair of the House Judiciary Committee has announced a "comprehensive review" of how the U.S. will treat copyright in the modern Internet age.

That might raise eyebrows, considering the last time the chair of that committee tried to tackle online copyright, it led to the Stop Online Piracy Act (SOPA)—and the biggest online protest in history, which left two failed bills and a “shell-shocked” Congress in its wake.

“The goal of these hearings will be to determine whether the laws are still working in the digital age,” Chair Bob Goodlatte (R-Va.) announced Wednesday. But though he never mentioned the polarizing word “piracy,” he did nod to it, saying:

The Internet has enabled copyright owners to make available their works to consumers around the world, but has also enabled others to do so without any compensation for copyright owners.

The previous chair of the Committee, Lamar Smith (R-Texas), tended to use far harsher language before he introduced the notorious SOPA into Congress. In the months before he did so, he insisted that digital piracy was “theft,” that threatened “the success of our economy.”

Goodlatte offered little else in terms of characterizing how he thinks the country should address online copyright. He did nod to the head of the U.S. Copyright Office, who in March testified before Congress that the Digital Millenium Copyright Act (DMCA)—the oft-misused 1998 law that still governs how content owners take down pirated content—needs significant reform.

“I welcome all interested parties to submit their views and concerns to the Committee,” Goodlatte added, though a representative confirmed to the Daily Dot that Goodlatte was referring only to the 38 other members of the Committee.

Photo of Goodlatte via Wikimedia Commons