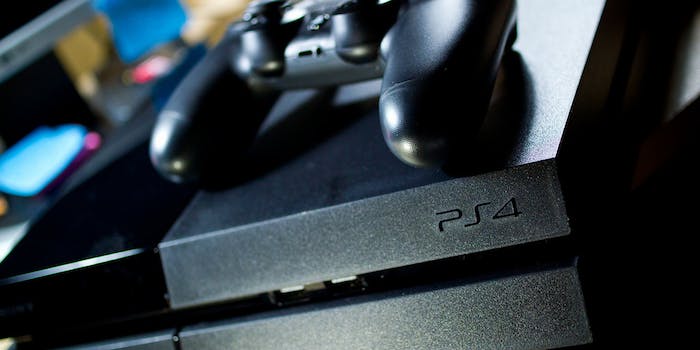 The battle between privacy and safety is heating up.

There’s no evidence to suggest that the terrorists who wreaked havoc in Paris on Friday evening planned their assault via a PlayStation 4 game console, but you’d be forgiven for thinking otherwise. In the past 24 hours, reports to the contrary have blanketed the Web. While the truth, in this case, was easy to parse from fiction, divorcing the public’s desire for privacy from their need to feel safe is much more difficult.

Just a few days before the tragic events that unfolded Friday evening in Paris, a Belgian politician called out Sony’s PlayStation 4 as a possible terrorist communication tool. In a rush to draw a link between the politician’s remarks and the events that unfolded shortly thereafter, Forbes reported that authorities found a PlayStation 4 in the residence of one of the attackers. The report was edited, the original claim retracted; but when a story is published online, the subsequent corrections never reach as far as the original headline does.

Erroneous reporting aside, the politician quoted in the story does indeed believe that Sony’s PlayStation 4 could be utilized by terrorists, but his claims paint user privacy in a dangerous light.

“The thing that keeps me awake at night is the guy behind his computer, looking for messages from [the Islamic State] and other hate preachers,” Jan Jambon, Belgium’s federal home affairs minister said during a debate just days before the attacks. “PlayStation 4 is even more difficult to keep track of than WhatsApp.”

The PlayStation 4, like the PlayStation 3 before it, has an instant messaging feature that allows users to contact each other via brief text messages. The Xbox One, Xbox 360, Wii U, and other gaming systems and software, like Steam, offer the same freedom. Many also offer the ability to record and relay voice messages.

As Jambon implies, it’s entirely possible that a group of people, including terrorists, could utilize the PlayStation 4 to create a dialogue with others for recruiting or coordination purposes. However, the same can be said for literally every other digital device or piece of software with messaging capabilities, and there’s little reason to assume that radicals would see the pricey PlayStation 4 as a must-have communication accessory.

Additionally, the PlayStation Network, Xbox Live, and Steam also extend their messaging features to their smartphone companion apps as well. Communicating on any of these networks doesn’t require you to own the consoles, which would make PlayStation 4-based terrorist communication even more obtuse.

If Sony’s PlayStation 4 is “more difficult to keep track of,” it’s not because the company is interested in fostering criminal activity, it’s because Sony, like many others, values consumer privacy.

PlayStation 4 allows for communication amongst friends and fellow gamers and, in common with all modern connected devices, this has the potential to be abused. However, we take our responsibilities to protect our users extremely seriously and we urge our users and partners to report activities that may be offensive, suspicious or illegal. When we identify or are notified of such conduct, we are committed to taking appropriate actions in conjunction with the appropriate authorities and will continue to do so.

The assertion that WhatsApp is easier to monitor than the PlayStation Network or any of its analogs is probably spot on, but that’s certainly not a compliment.

In the Electronic Frontier Foundation’s most recent Who Has Your Back report, WhatsApp scored just one star in user protection out of a possible five. WhatsApp’s policies on data retention, transparency of government requests, and lack of compliance with best practices in user privacy suggest that it’s not difficult for government agencies to obtain information on private WhatsApp conversations.

By contrast, Apple holds a perfect score on the same EFF report card, and largely because the company does not bend over backward for government agencies. In fact Apple has been so privacy focused that the FBI considered taking the company to court in the hopes of relaxing the its encryption standards.

Sony is now in a similar situation. On any other day, suggesting that Sony’s messaging service was extremely secure would deserve cheers, but in the eyes of a government agency whose responsibility it is to keep people safe, it’s presented as a security threat. Now it’s up to the public to decide which they value more, safety or privacy.