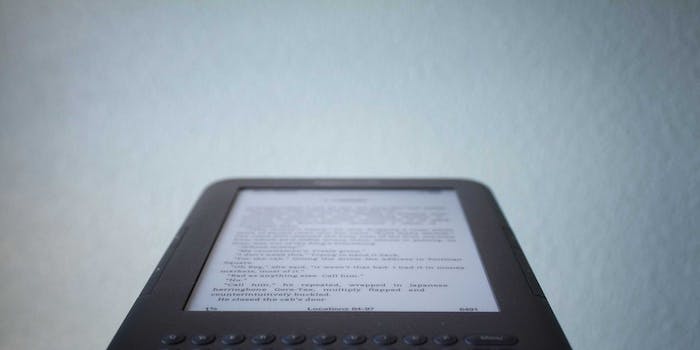 Sony wants to make a smartwatch entirely out of e-paper

This technology would make the display visible over the entire device.

Sony will unveil a new smartwatch in 2015 made entirely out of e-paper, according to a report from Bloomberg. This new effort in the smartwatch arena comes at a time where it seems like every tech company under the sun is desperately groping for a way to derail what might be the inevitable success of Apple’s smartwatch release next year. The deployment of Sony’s patented e-paper technology, however, might be what sets this watch apart from the pack.

E-paper, or E-Ink (the proprietary name), might sound familiar: It’s used in the Kindle as well as an e-reader Sony fortuitously introduced this past summer. It’s a technology Sony has been investing in for awhile. The collaboration goes back all the way to 2004.

Sony, according to the Bloomberg story, has focused on one crucial element that it feels is lacking in the Apple watch and products from other competitors: style. The Japanese tech giant may be right to pursue this strategy, as consumers surveyed by Nomura Research Institute have cited the “general ugliness” of wearables as the third biggest barrier to adoption, behind price and weight.

Sony’s e-paper gambit will allow the entire surface area of the watch, including the strap, to act as a display, making customization according to user preference easier and more transformative. A similar customization to smartwatches available today would require the wearer to physically change the band or watch face. (Something Apple is betting heavily on us wanting to do.)

Of course, Sony’s approach has its drawbacks. It’s effectively ceding away some functionality in exchange for style, since the current technical limitations of e-paper make some of the more nuanced software features found on other smartwatch offerings impractical. But that seems to be the thing about wearable technology: There’s always a catch.