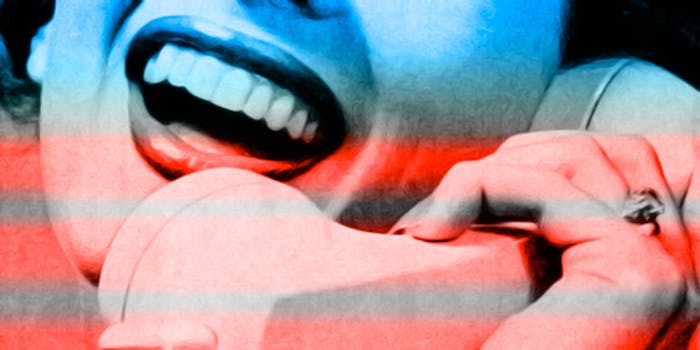 3 new things we learned about Snowden’s revelations at SXSW

Both Glenn Greenwald and Edward Snowden have given speeches at the conference this year.

Edward Snowden, prince of the Internet’s anti-National Security Agency surveillance movement, was also the runaway star of the tech conference South by Southwest on Monday. It wasn’t just the actual Google Hangout talk that Snowden gave, which was the first time he addressed an American audience. There were at least five other talks were a direct result of his decision to leak scores of NSA files to journalist Glenn Greenwald.

Here are three things about Snowden’s disclosures that first saw the light of day Monday.

In his own talk, Snowden repeatedly referred to an idea he brought up the week before to the European Parliament: that while it’s nearly impossible to hide from the NSA if it’s tracking you in particular, one easy way to diminish its abilities is for people to encrypt their communications as much as possible.

He referred happily to the tech world’s embrace of encryption in the months since he leaked, and specifically mentioned the “Whisper Systems of the world.” Whisper Systems, both free and open source but available only for Android phones, provides simple apps for encrypting both calls and texts, and were one tool Egyptian activists used to protect themselves during the 2011 revolution.

For years, there’s been common paranoia that the NSA listens to everyone’s phone calls. Since that would mean recording Americans en masse, it would be illegal. Among the biggest changes to how we view surveillance in a post-Snowden world is the realization that the NSA gets around that restriction by instead tracking metadata, or the details of calls.

However, in his own livestreamed talk from his adopted Brazil, Greenwald casually noted that the massive dump of documents he got from Snowden—much of which will never see the light of day—included “raw communications of individuals the NSA has collected.” Without specifics, we don’t know if this indicates that the law was broken outright. The communications could have been foreign, or the NSA could have a warrant. But they collected it, and Greenwald’s in possession.

Snowden, you may recall, was waylaid in Russia when the U.S. revoked his passport–that’s what happens you’re charged with violating the Espionage Act. Passed in 1917, the law bans handing off state secrets to unauthorized parties. Plenty have argued the intent of the law was never meant to include whistleblowers sharing proof of wrongdoing to the press. Even if he were able to physically leave Russia, it’d be hard for Snowden to come back home, unless it was to wear chains.

If it was a stretch for the U.S. to prosecute Snowden with espionage, prosecuting journalists who team with him would seem even more so. But Barton Gellman, the Washington Post reporter who joined Greenwald and Laura Poitras as the first three journalists to see Snowden, said he received such a threat. He told attendees at his talk that government officials told him he was at risk of Espionage Act charges of his own for his work. Of course, the Post went on to publish plenty of Snowden documents, though parts were carefully redacted for the sake of national security.