This genius device snaps a USB port onto any outlet

How did no one think of this sooner?

Every now and then, there’s an invention so simple and smart, you have to wonder why no one thought of it before. One of those creations launched on Kickstarter today: the SnapPower Charger.

The product takes the prospect USB interface to a standard electrical outlet, a process that would require some rewiring, and turns it into a task that anyone who can turn a screw driver can handle.

“My partner and cofounder Jeremy Smith came up with the idea while working as an electrician,” SnapPower cofounder Sean Watkins told the Daily Dot. “He was on a job one day wiring up an outlet and he noticed how easy it would be to get power to a cover plate without having to wire anything up.” 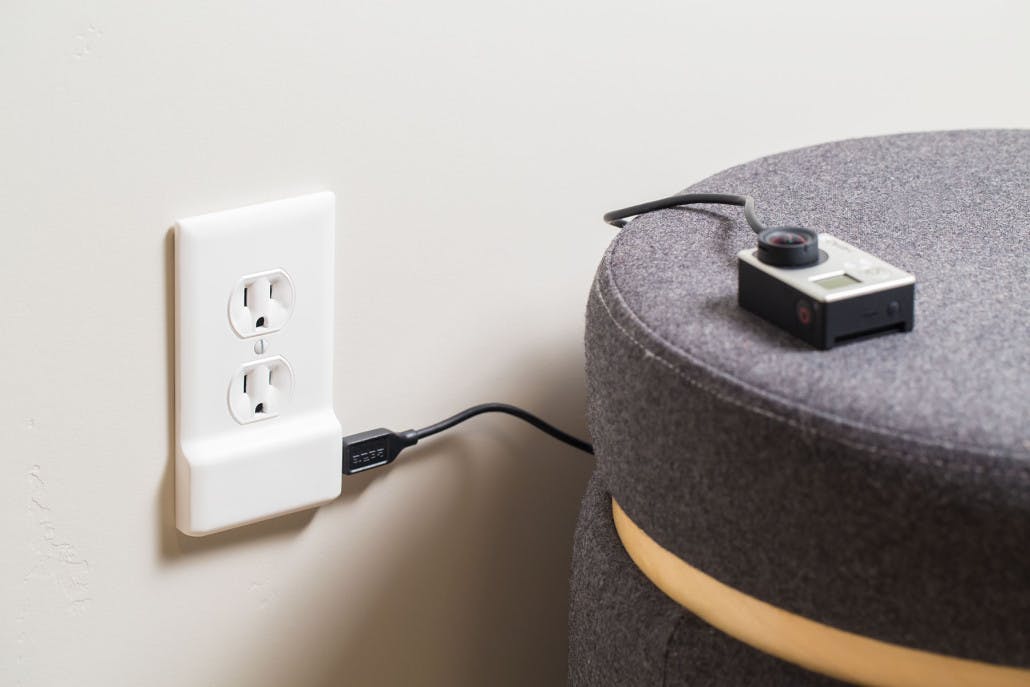 After finagling a prototype with materials from Home Depot, Smith and Watkins realized they were on to something. After last year’s successful launch of the SnapRays Guidelight, an electrical outlet faceplate with built in LED lights, the duo are back with their new product to help modernize home plugins.

“After the [SnapRays Guidelight] campaign we sent out an email to all of our Kickstarter Backers that helped fund the Guidelight and asked them what product they wanted to us to develop next.  An outlet cover plate with a USB charging port was definitely the most requested,” Watkins said. “Since we already had that on the drawing board we decided to stop some other projects and put most of our energy towards the SnapPower Charger.”

The SnapPower Charger adds a place to plug in a USB device to a standard home outlet without taking up one of the plugs with an adapter. It’s a simple and sleek solution, and one that requires little to no technical skills. 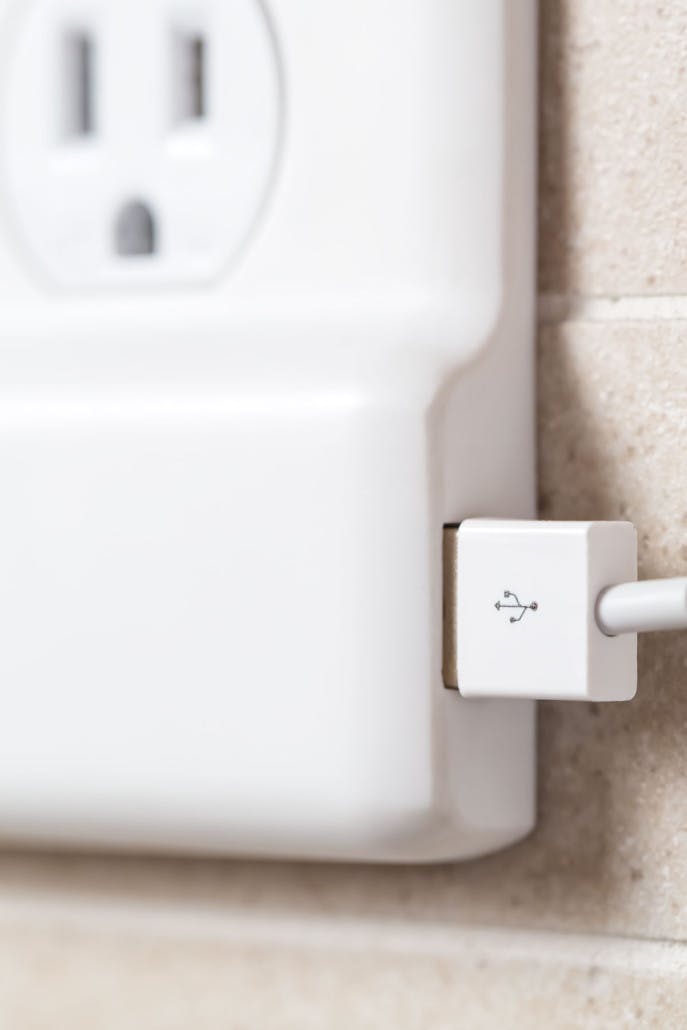 “Our SnapPower Chargers have the USB port built directly in the outlet cover plate. The cover plate easily snaps onto the sides of the existing electrical outlet already wired in the home,” Watkins explained. “Anyone can install this in seconds, unlike the hard-wired products that do take some electrical know-how.”

Instead of fiddling with wires, the SnapPower Charger has two power prongs on the back of the plate that draw power from screws placed on the side of the outlet.

It hasn’t taken long for the simplistic genius to catch the eye of consumers. The Kickstarter campaign has already blown away its modest goal of $35,000. That’s likely thanks in large part to the friendly pricing of the product: Early bird backers can get a faceplate for as little as $12. A retail price hasn’t been finalized, but Watkins tells the Daily Dot it will definitely be higher than the Kickstarter offering.

Aware that home design differs, the SnapPower Charger will also come in a variety of styles. The duplex model, with gaps for two separate outlets, and the decor model, with one long rectangular opening, with both be available in white, light almond, or ivory colors.

While the overwhelming amount of early adopters snatching up the SnapPower Charger shows there is plenty of demand for the product, the announcement does come at an awkward, in-between phase in the evolution of USB.

Apple spent a good chunk of stage time talking up USB Type-C, the do-it-all outlet that will both power the new MacBook and serve as its primary port for everything from data transfers to video output. Google made the Type-C a major talking point on its Chromebook Pixel as well.

Watkins says SnapPower is prepared to innovate as these changes occur. “SnapPower will continue to evolve with the market demands. We are aware of Type-C USB and will be excited to introduce our solution for this in the future as Type-C becomes more adopted,” he said.”

If the roll out of the SnapPower Charger goes according to plan—and given the team behind it have already taken a product from Kickstarter to market—your outlets should be getting a makeover come August 2015.