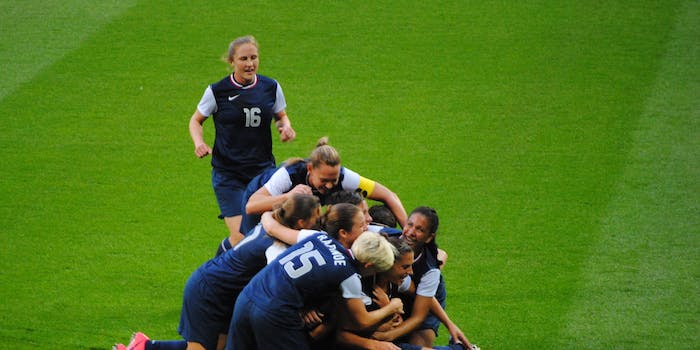 Siri is totally clueless about the Women’s World Cup

Siri doesn't have a clue.

The Women’s World Cup is already underway, but if you take it from your iPhone nothing’s going on in Canada right now.

Poynter’s Katie Hawkins-Gaar tried to ask Siri about upcoming World Cup matches; since the tournament is still in Group Stage competition, there are multiple games taking place a day until June 17—some simultaneously. But Siri came up short: Apple’s “intelligent personal assistant that helps you get things done just by asking” has no idea the Women’s World Cup is even happening right now.

When Hawkins-Gaar asked when the next game was (Australia vs. Nigeria and Switzerland vs. Ecuador), Siri answered, “Sorry, I don’t know about Women’s World Cup.” When she rephrased it, Siri replied, “I couldn’t find any scheduled games or scores matching your request.”

Some questions will come with a web search that will answer those questions for you, but other times we’re just left with a puzzling answer from Siri. When I asked Siri couple of questions of my own, I got the same type of responses. I even got more specific, but the result was the same. 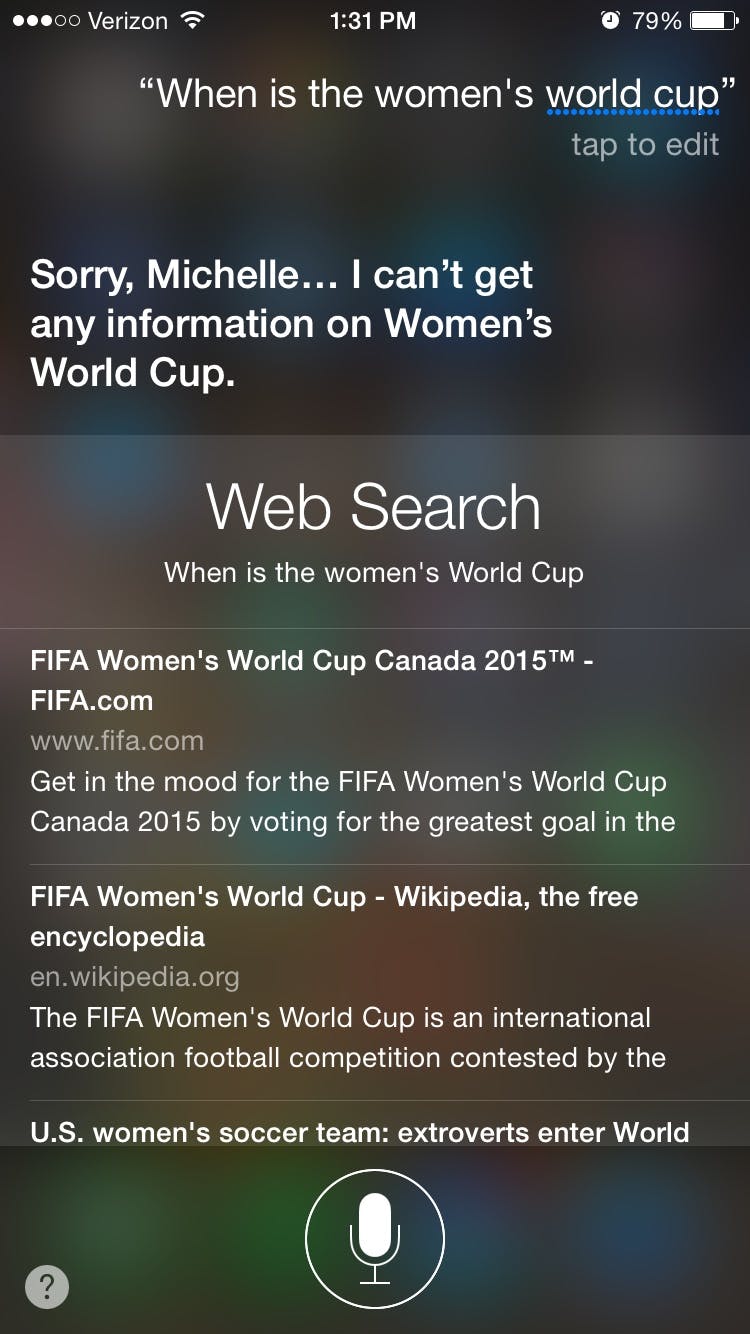 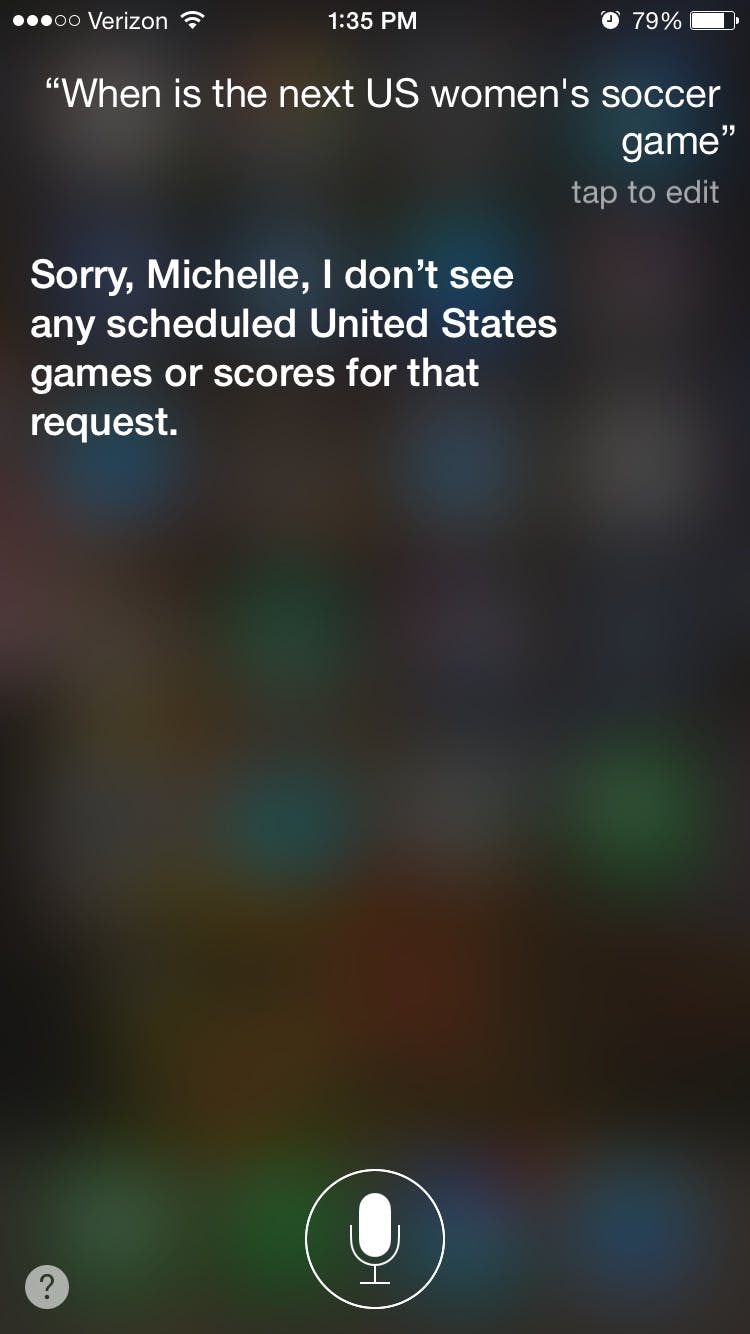 Oddly enough, when I asked Siri about the next soccer match (without asking about the Women’s World Cup, I was shown the start time and info for the New York City FC/Impact MLS game.

Hawkins-Gaar believes it’s due to the lack of coverage for the Women’s World Cup when compared to the men’s competition last year in terms of notifications, alerts, interactive brackets, or even hashtags. Although ESPN said it was featuring content on its front page, she noticed a lack of coverage by TV, online, and print sports journalists; coverage of women’s sports on TV has dropped in the past 25 years, according to a recent survey.

But with the FIFA scandals making international headlines, the outrage over being forced to play on artificial turf, and soccer fans once emerging to support their team, people are watching. Monday night’s game against Australia drew more than 3.3 million viewers on Fox Sports 1, the highest audience since 1999. With Friday night’s game airing on Fox, that number could go up. It might be the U.S.’s title to lose, but half the battle is getting people to notice in the first place.

We’ve asked Apple for comment, and we’ll update if we hear back.