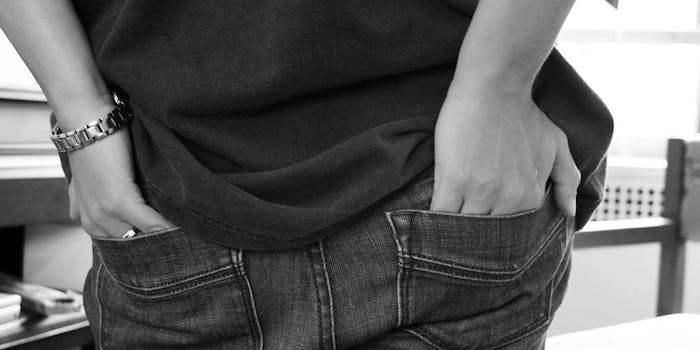 Photo via Caitlin Regan/Flickr (CC BY 2.0)

Saved by the butt.

A man in Murfreesboro, Tennessee, can thank Siri and his butt for remaining alive.

The 18-year-old was working under his truck when the truck fell and pinned him there, trapping his arms. Unable to move and with no one around to answer his calls for help, he was in a seemingly hopeless situation.

Then he heard an unexpected voice: Siri. Apple‘s virtual assistant sprang to life when the man bumped his iPhone in his back pocket while falling to the ground. The man managed to maneuver himself enough to activate Siri and call for help.

Siri connected the trapped man to emergency services, and he was able to communicate his situation to the dispatcher, who then sent help. The man was delivered to Vanderbilt University Medical Center’s trauma team with the help of LifeFlight and the Murfreesboro EMS. Thanks to Siri and some effective butt movements, the man lived.

Siri’s quirky voice-recognition system has resulted in several unplanned 9-1-1 calls, but the virtual assistant is well equipped to make the call when you want her to, as well. You can ask Siri to “call” (or “phone”) “the police,” “cops,” “emergency services,” or “911.”