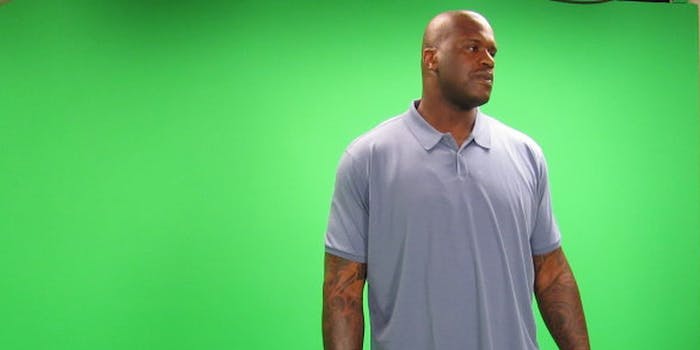 No matter how tall and rich and good-humored you are, you can still make terrible life choices.

Just a reminder: this is the same man who is currently asking people for contributions to crowdfund a video game sequel called Shaq Fu: A Legend Reborn. Why not stop buying so many apps and just use that money to fund the vanity project instead of soliciting payments from fans?

There are so many follow-up questions that needed to be asked after this objectively insane admission:

1. How many phones does Shaq have? Is he constantly deleting the thousands of dollars of apps on his gadgets or does he just buy a new phone every time he uses up all the memory?

2. How many hours does he spend using these apps per week?

4. Why isn’t anyone telling him this is an absurd practice?

To give Shaq credit, he is a savvy tech investor; he invested in pre-IPO Google. He’s an astute businessman who capitalizes on his fame and he’s extremely likeable. But even for multimillionaire famous people, spending $1,000 a week on mobile apps is extravagant in a very specific and nonsensical way. Shaq’s app habit stands as a poignant reminder that, no matter how tall and rich and good-humored you are, you can still make terrible life choices.