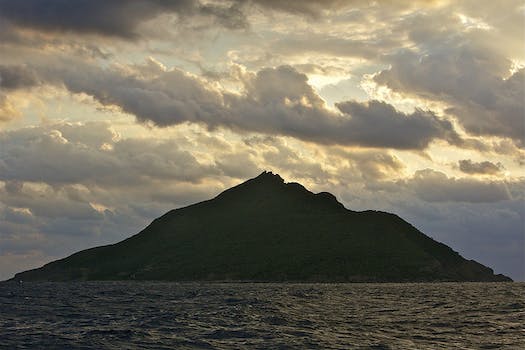 Wikipedia editors in war of words over uninhabited islands

In an online debate that mirrors a current international dispute, the Senkaku Islands Wikipedia page has become a battle zone for editors

A chain of uninhabited islands in the East China Sea are generating a surprising amount of digital controversy on Wikipedia.

In an online debate that mirrors a current international dispute, the Senkaku Islands Wikipedia page has become a battle zone for editors who are hashing out a territorial dispute between China and Japan.

The Senkaku Islands (referred to as the Diaoyutai Islands by the Chinese) are a small island chain that comprises no more than 1,700 acres of land. But China and Japan find themselves in the middle of a tense standoff to reassert sovereignty over the islands. Located midway between Okinawa and Taiwan, both nations have historic claims to the islands, and the dispute has fueled recent coast guard skirmishes, media baiting, and diplomatic negotiations, according to Foreign Policy.

But in an age where historical and geographic records can be rewritten by anybody—not just the diplomats and leaders who typically argue such disputes—the conflict is creating a lot of heat on Wikipedia. Editors on both sides of the debate have been advocating each position so fiercely that a once-300-word article has now ballooned to more than 4,000 words and sees hundreds of edits every year.

It’s raised a lot of concern about how well editors are implementing Wikipedia’s Neutral Point of View, or NPOV, principle.

“The overall undertone of this article is very much pro-Japanese,” complains one Wikipedia editor who goes by the handle STSC. “It is not consistent with Wikipedia’s NPOV policy. I would appeal to all pro-Japanese editors please be fair and make this article more balanced and readable. We are not fighting a World War here!”

Like many on the pro-China side of the debate on the island chain’s English language page, STSC finds a lot of anti-Chinese sentiment coloring the entry. One of the main points of contention is over the page’s name. The island chain is currently referred to as the Senkaku Islands. The Chinese name, Diaoyutai, comes second in the article’s opening paragraph. The entry was briefly changed to Diaoyutai in 2009, but then quickly reversed. The editorial dust-up sparked a massive talk page on the issue. The name, like some other parts of the article, has since been locked down by administrators to prevent erratic changes.

To help mitigate the editorial dispute, Wikipedians have since launched a separate entry to cover the actual dispute. The page is meant to give both sides a place to hash out, more fully, the claims of both nations as well as international perspective and a timeline of events.

If other politically controversial articles are any indication though, the debate is not likely to be resolved anytime soon. Foreign Policy points out several other international incidents that have spilled over onto Wikipedia, including a single-sentence change to an article on the Falkland Islands.

It’s not just international politics either; Wikipedia editors are often duking it out over U.S. domestic issues, such as the Cherokee heritage scandal that dogged Massachusetts Sen. Elizabeth Warren throughout last year’s campaign.

While there are indications of increasing domestic political neutrality on Wikipedia, things may not be so easily resolved when it comes to international disputes. Shane Greenstein, the author of a recent study that found increasing political neutrality on Wikipedia over the last decade, said international disputes come with much more deeply ingrained cultural differences.

“It’s one thing to resolve a dispute between citizens of the same country,” he said. “It’s much more difficult when you have borders between you.”