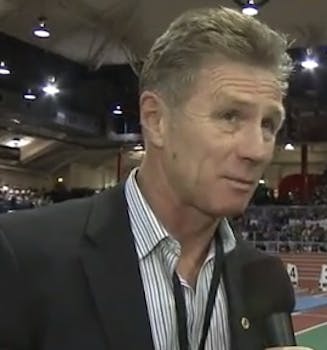 Irish senator wants you to pay to comment online

Sen. Eamonn Coghlan has come up with a terrible idea to silence the trolls on the Web: charge them.

An Irish senator has come up with a terrible idea to silence the trolls on the Web.

Senator Eamonn Coghlan suggested that making people pay to post on social networks or register passport numbers against IP addresses could help cut down on anonymous posting, according to the Irish Examiner. He made the comments to a legislative committee examining the relationship between social media and cyberbullying.

A number of recent suicides are linked to cyberbullying. Last April, four Irish students were suspended over harassing teachers on Facebook. Teens at hundreds of schools in the country are barred from taking photos on campus.

Coghlan’s plan does not provide answers to anonymous trolling, however. It seems unlikely that Twitter and Facebook, each with hundreds of millions of users, would do an about face and force people to pay to use their services. (A caveat: Facebook is pushing companies to pay up if they want more eyes on their messages.)

That said, many Internet giants, including the aforementioned social networks, have their European headquarters in Ireland and thus are subject to the laws of the land.

Meanwhile, Communications Minister Pat Rabbitte told the committee he was concerned about how social networks deal with taking down offensive posts. Generally, the onus is placed on the community to flag questionable material for review.

Rabbitte claimed, “they should be prepared in the host country to enter into sensible protocols about take-down policy.” His department is also looking into any legislation gaps regarding online defamatory material.

Elsewhere, Senator Fidelma Healy Eames called for an end to the practice of people hijacking others’ Facebook accounts.

“Where a youngster has their status opened and another person puts a message on there, as if they wrote it, and that message could be, for example, sexual,” she said. “This type of thing has to stop.”

There’s no barrier stopping a teen from hopping on to a friend’s unguarded computer or phone and posting something untrue or ridiculous. However, legislation may cause them to think twice before throwing someone else under the bus with an errant status update.

The Oireachtas Communications Committee is also meeting with Facebook and Twitter to discuss cyberbullying. It will make recommendations following the hearings.

Photo of Eamonn Coghlan via armorytrack/YouTube