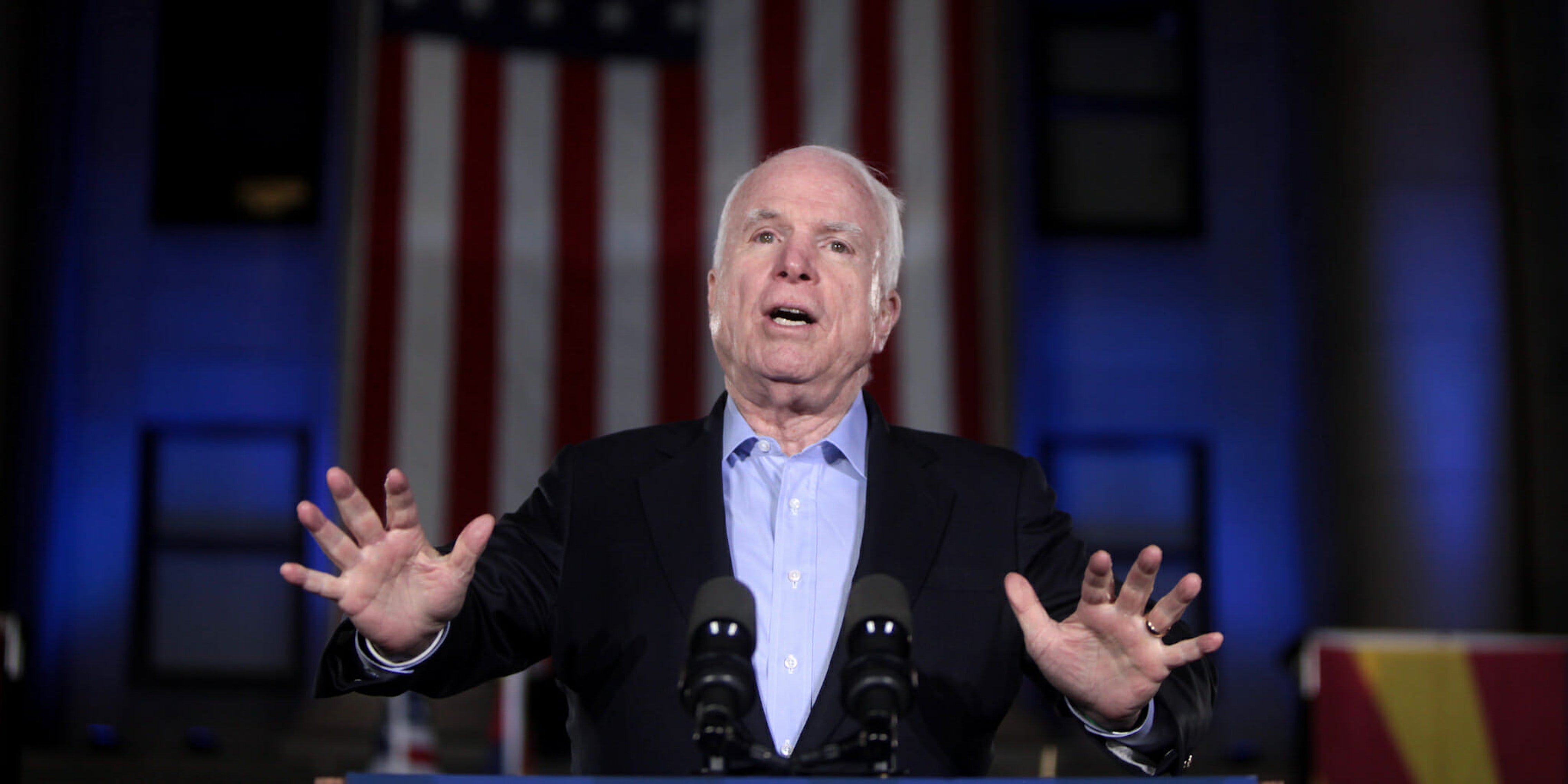 Healthcare is back to square one.

In the early hours of Friday morning, Senate Republicans narrowly rejected a limited repeal of the Affordable Care Act, bringing an abrupt end to a marathon effort to overhaul America’s healthcare system

The so-called “skinny repeal” of Obamacare failed with a vote of 49 to 51. Sen. John McCain (R-Ariz.) stuck to his earlier promise to vote against the legislation, pushing the effort beyond the realm of success.

McCain previously faced widespread condemnation from Democrats earlier this week for voting to allow the healthcare debate to proceed.

The limited repeal of Obamacare, hastily dubbed the Health Care Freedom Act, would have left 15 million to 16 million Americans without health insurance, according to the Congressional Budget Office. The bill was made public just two hours before the Senate vote.

‘This is a disappointment, a disappointment indeed,” Senate Majority Leader Mitch McConnell said on the Senate floor following the vote. He added, “I regret that our efforts were simply not enough this time.”

McConnell then called upon “our colleagues on the other side” to offer their suggestions for how to address the deficiencies in the current healthcare law.

McCain voiced his objection to the legislation earlier Thursday, saying that he would vote against the “skinny” Obamacare repeal for fear of the House of Representatives passing the bill without addressing its shortcomings in conference with the Senate.

The question of how McCain would vote lingered for more than an hour as Vice President Mike Pence and other Republican lawmakers attempted to sway his decision. Ultimately, Pence left the Senate floor before the vote occurred.

Senate Minority Leader Chuck Schumer (D-N.Y.) responded to the vote with a call for bipartisanship and admitted that “Obamacare was hardly perfect. It did a lot of good things, but it needs improvement.” Addressing McConnell’s implication that Democratic lawmakers were likely celebrating the night’s outcome, Schumer disagreed.

“It’s time to turn the page,” Schumer said. “I would say to my friend the majority leader, we are not celebrating. We are relieved.”

With a series of Republican failures to repeal or repeal and replace Obamacare, Republicans must now drop the issue or work with Democrats to pass a bipartisan bill.

The big question now is, how will President Donald Trump respond?

Update 1:27am CT, July 27: Trump has condemned those who voted against the latest Obamacare repeal measure and said he will “let Obamacare implode.”

3 Republicans and 48 Democrats let the American people down. As I said from the beginning, let ObamaCare implode, then deal. Watch!