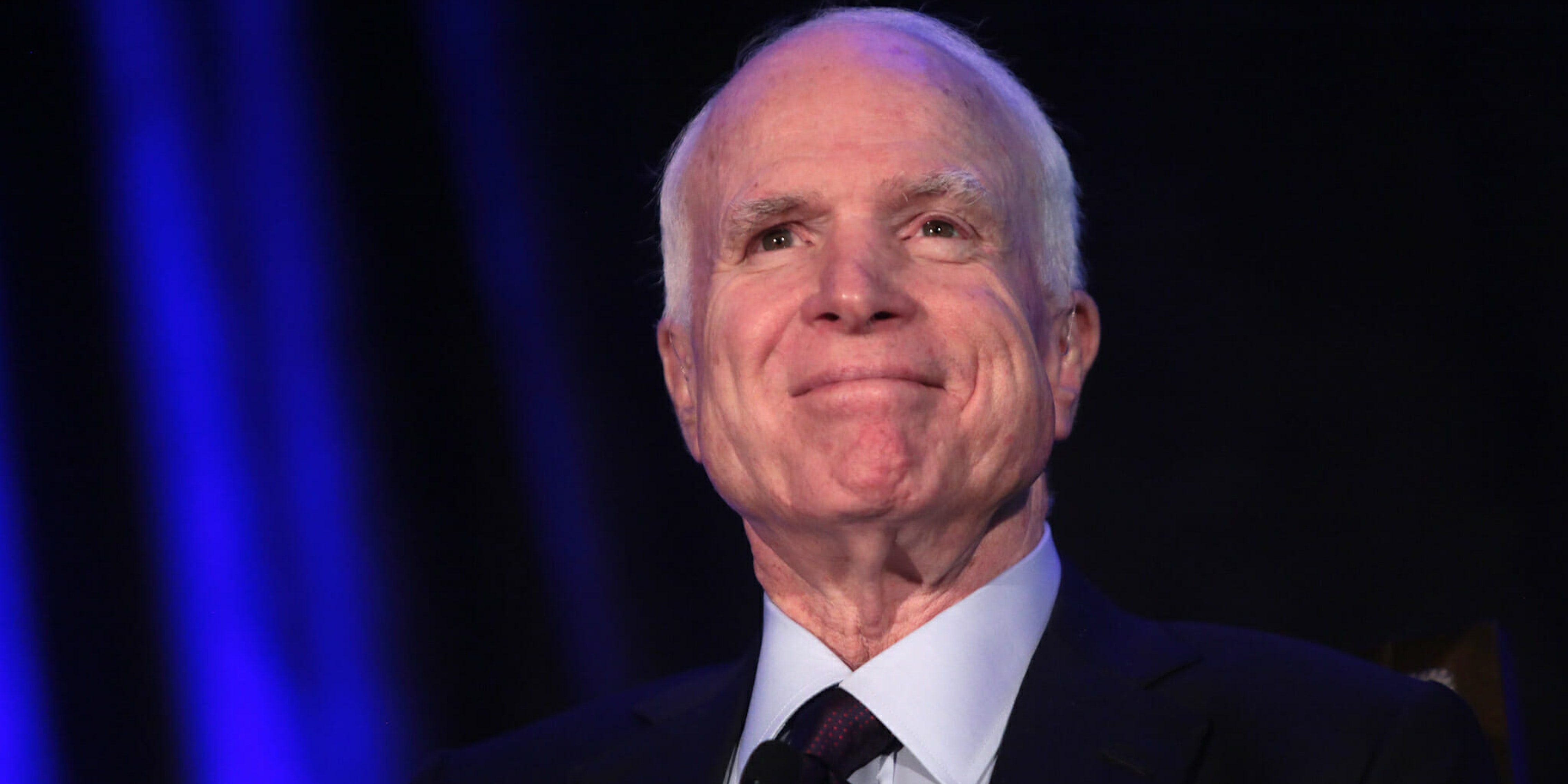 The future of healthcare in the U.S. is officially in flux.

Senate Republicans on Tuesday voted to move forward with debate on a healthcare bill to repeal and, possibly, replace the Affordable Care Act.

The controversial vote to proceed with debate on how to change America’s healthcare system follows the repeated collapse of the Senate’s bill to repeal and replace the Affordable Care Act (aka Obamacare). The Senate will now debate the matter for 20 hours.

The so-called motion to proceed passed by a razor-thin margin, 51 to 50. Vice President Mike Pence cast the tie-breaking vote. No Democrats nor independents voted to move forward with debate on the bill. Sens. Susan Collins of Maine and Lisa Murkowski of Alaska were the only Republicans to vote against the measure.

Sen. John McCain, who announced he’d been diagnosed with brain cancer last week, left the hospital on Tuesday to cast his “yes” vote for the legislation. The Senate greeted him with cheers.

In a speech following the vote, McCain said he will not vote on the legislation as it stands, calling it a “shell of a bill.” He also called for lawmakers to “return to regular order” by working on bipartisan legislation, citing the inaction of this Congress so far.

“What do we have to lose by trying to find those solutions?” McCain said.

President Donald Trump has indicated that he will sign virtually any healthcare bill that Republicans are able to pass. Last week, he warned senators who previously said they would not back the Senate’s version of the bill, the Better Care Reconciliation Act (BCRA), that a vote against proceeding with debate was the same as voting to keep Obama.

The Senate will now add amendments to the House’s Obamacare replacement bill, the American Health Care Act (AHCA), which is expected to drastically change the contents of the legislation.

It remains unclear how the final legislation will turn out. Many predict lawmakers will end on some version of a bill that repeals Obamacare without replacing it, a move the Congressional Budget Office says could leave as many as 32 million people without health insurance over the coming years.

Republicans will likely craft legislation that takes one of three paths: A narrowed-down repeal of Obamacare that strips the legislation of its individual mandate that requires Americans to have health insurance; a full repeal of Obamacare’s spending provisions, known as Obamacare Repeal Reconciliation Act, or ORRA; or a repeal-and-replace option like the bills Republicans have been attempting to pass for months.

Also unclear is whether whatever healthcare legislation lawmakers craft on the fly can pass Republican opposition.