The better you look in your selfie, the higher your popularity ranking.

Is there anything more self-debasing than posting a bathroom mirror selfie on Instagram, then stalking your comment thread to see if anyone’s liked it yet? As it turns out, there is: Posting that same photo on Facefeed, an app that asks users to submit selfies and then rank others based on their photos. It’s like one of those lists the guys in high school used to make ranking girls based on their attractiveness—except now, you can carry that list around with you forever, on your iPhone.

Here’s how Facefeed, which launched on iOS yesterday, works: You take a selfie, and then you’re asked to look at other people’s selfies. From there, you can decide whether or not you’d like to chat with other users based on their photos. Yes, it’s a lot like the Hot or Not app, plus, a number next to your face! 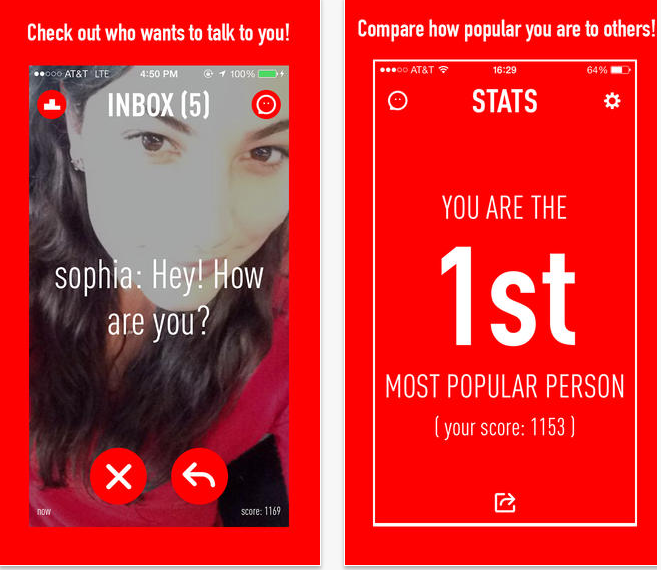 With the exception of its ranking system, Facefeed is basically a social networking app, except you don’t include any personal information on your profile; the only thing users can see is your name, and a photo of your face. In this respect, creator Ben Cera says Facefeed is supposed to emulate the way you meet new people IRL.

“It’s meant to connect you to people around you and make it a lot easier to start face-to-face conversations than in real life,” says Cera. “It tries to mimic real life in many ways: You only see faces of people (no name, age, info, etc.), and you decide who you want to go talk to. When you say hi, you show your face.”

I mean… yeah, I guess. While it’s certainly true that first impressions are important, the snap judgments you make when you first meet someone don’t represent the totality of your experience of that person. And part of the reason why social networking apps like Tinder have been so successful is that they focus on a user’s physical appearance while providing a modicum of insight into their personality, allowing you to make a preliminary assessment of who they are as a person.

Cera claims that unlike Tinder, Facefeed isn’t a hookup app, but why else would someone use an app that ranks people based entirely on how they look in a hastily-snapped selfie, rather than any other aspect of their personalities? Because they’re looking to hire a new junior account executive? Because they want to find a new squash partner? No, it’s because they want to find someone to hook up with, and if you’re a certain kind of (re: shallow) person, it’s much easier to do that when other users’ faces are organized and ranked in such a simplistic way.

In an email interview with Fast Company Design, Cera said that he envisioned the Facefeed community, ranking system and all, as a “giant party.” But speaking as someone who never came out on the top of those ranked lists in high school, it’s not necessarily a party I’d like to be invited to.