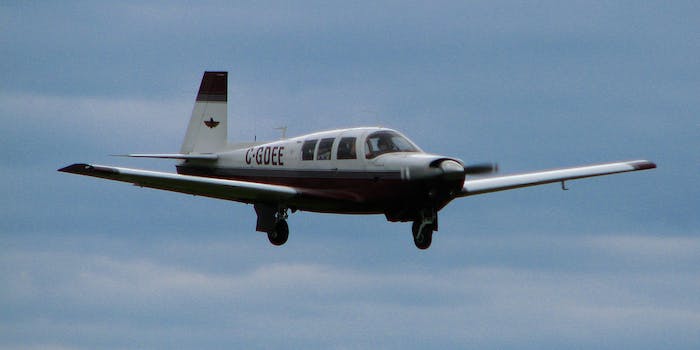 GoPro footage was found of the pilot taking photos mid-flight.

Though selfies are often lampooned among the comedic set for being vain and cutesy, the distraction that accompanies taking a photo of yourself is no laughing matter.

According to a report released last week by the National Transportation Safety Board, the popular photo trend likely contributed to a deadly plane crash that occurred outside of Denver last May. A GoPro, which was found near the wreckage of the single-engine plane, contained footage that showed the pilot and his passengers taking selfies on several flights. One recording even captured the pilot, Amritpal Singh, taking a photo of himself at night using the flash while the plane was still ascending to its cruising altitude.

Though no footage of the fatal flight was contained on the camera, the report stated that the crash was likely caused by the pilot experiencing spatial disorientation from cell phone usage.

The crash, which occurred in an open field 25 miles east of Denver, killed both the 29-year-old pilot and his passenger, 31-year-old Jatinder Singh. According to the family, Jatinder was a musician who was in town for a concert at a local high school and Amritpal was giving him a ride to celebrate.

Sadly, this isn’t the first time that the photography trend has claimed lives. Last November a medical student in Spain fell to her death while trying to pose on a bridge for a photo. Additionally, in August a couple met their tragic end attempting to selfie atop the cliffs of Cabo da Roca, Portugal.