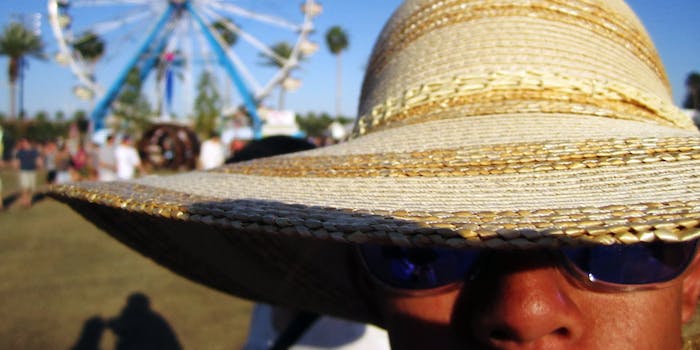 All sticks left behind.

If you scored tickets to one of the hottest music festivals around, you might be disappointed to know that you’ll have to take photos flatteringly depicting how much fun you’re having the old fashioned way.

Music blog Brooklyn Vegan noticed the bad news for selfie stick addicts in the FAQ sections for both Coachella and Lollapalooza. First South by Southwest banned drones and now this? Where will the madness end?

On top of being socially suspect, selfie sticks are basically metal batons with bluetooth capability. Beyond the obvious safety concerns of a bunch of coked-out fools waving metal batons around, a sea of 50,000 selfie sticks would probably wholly block out the view of whoever happens to be performing in a narcissistic eclipse of sorts. 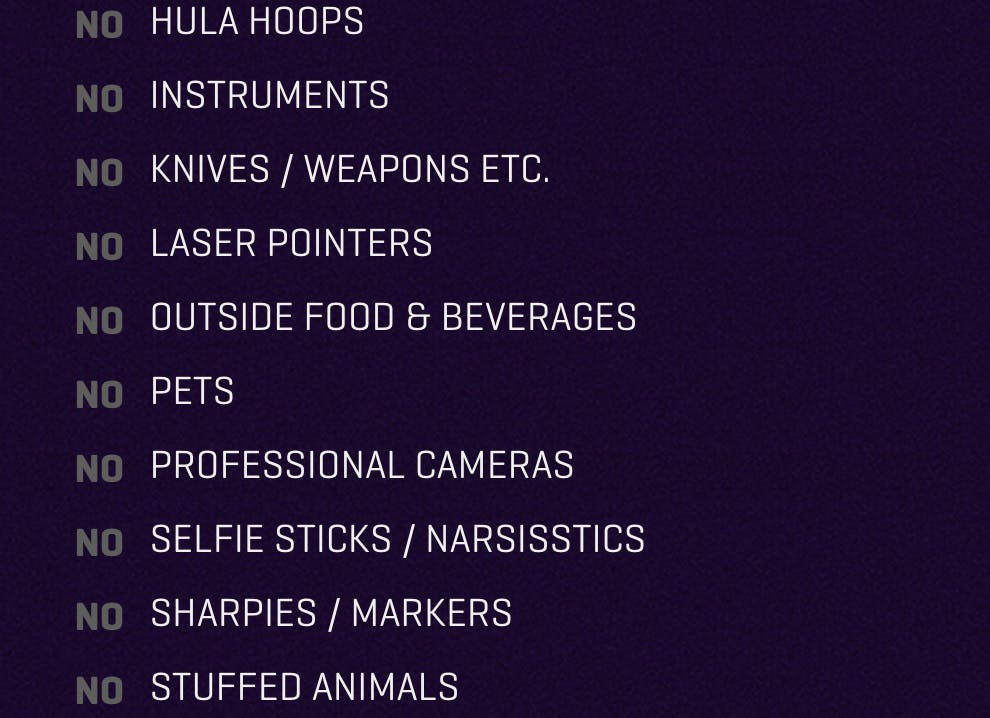 Coachella’s 2015 FAQ also bans drones alongside a litany of other seemingly not super objectionable stuff, like narcissists, hula hoops, and stuffed animals. (Count us out this year.) Lollapalooza’s list is a bit more traditional, prohibiting stuff like glass, illicit substances, and “GoPro attachments like sticks, selfie sticks & monopods.” South by Southwest did not explicitly issue an anti-selfie stick policy, though it’d be nearly impossible to enforce considering that the event is spread across many venues.

We are admittedly divided and full of feels about selfie sticks here at the Daily Dot. Sure, we’ve taken a pro-selfie or two, but why can we still carry those things in our carry-on luggage? As selfie stick enthusiasm approaches a critical mass, we must ask ourselves: It that nonchalantly flattering photo really worth it?