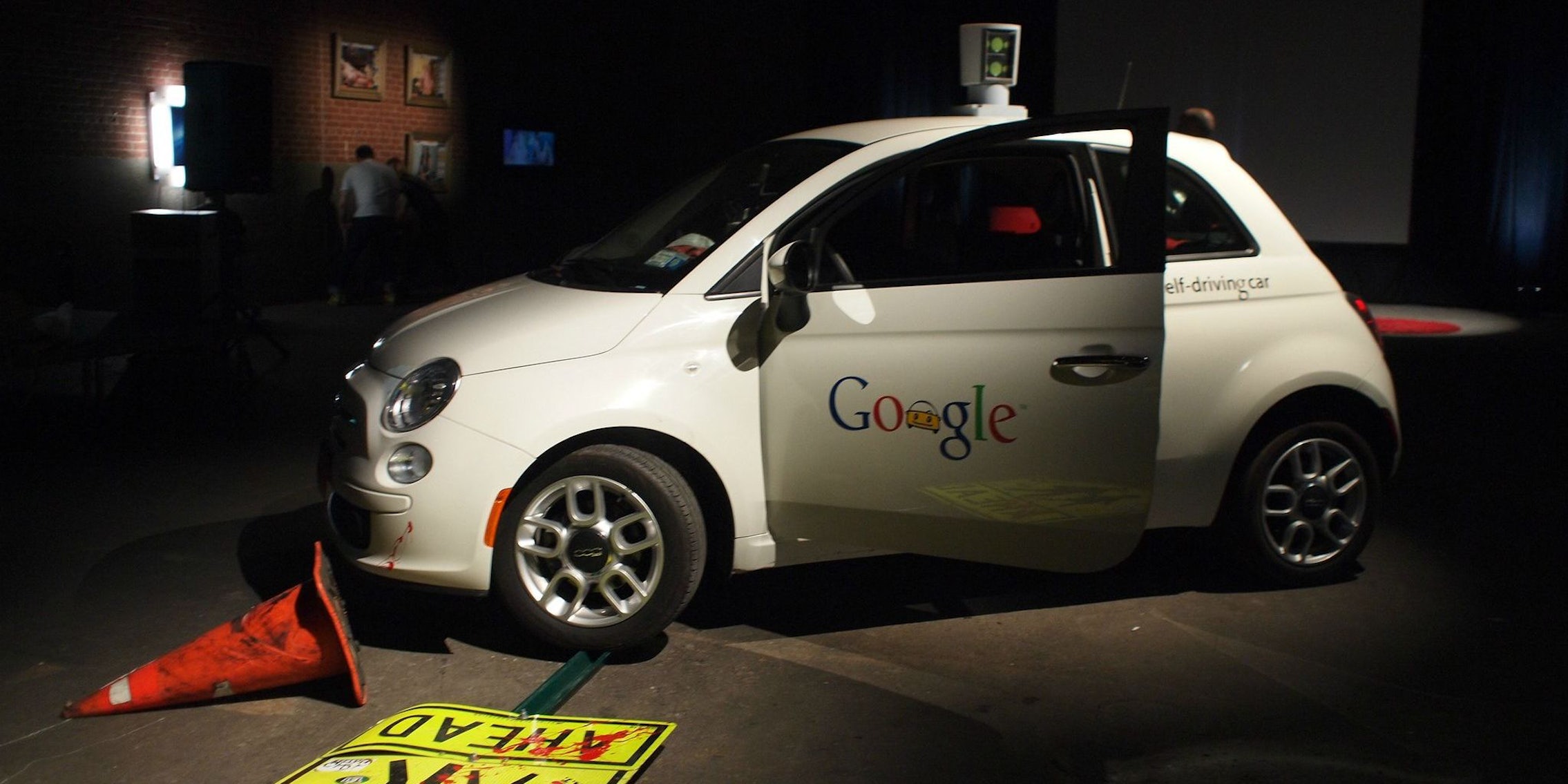 Photo via Becky Stern/Flickr (CC BY 2.0)

A new report suggests self-driving cars are getting in more accidents than vehicles manned by human drivers—but the numbers might not be what they seem.

The University of Michigan Transportation Research Institute (UMTRI) recently released a study on the early results of self-driving cars taking to the human-driven roads. The researchers conclude in the report, “the current best estimate is that self-driving vehicles have a higher crash rate per million miles traveled than conventional vehicles.”

Self-driving cars have experienced a total of 11 accidents between 2012 and September 2015, during which the vehicles covered about 1.2 million miles of road. By contrast, conventional vehicles travel about 3 trillion miles annually. On a million-mile basis, autonomous cars experienced 9.1 accidents, compared to just 1.9 crashes for cars with humans behind the wheel.

While those figures seem to point to robots being accident-prone drivers (they’re always texting while behind the wheel), there are some caveats.

Perhaps the most important thing to note regarding the crashes is that, even in the 11 recorded cases, self-driving cars were never at fault in any of crashes they were involved in; the collision was the fault of a human driver.

Brandon Schoettle, the lead author of the report and Project Manager at UMTRI, told the Daily Dot he believes it’s still fair to qualify these accidents regardless of who’s to blame.

“We expect that there may be a period of increased crash risk as conventional drivers learn to interact with these vehicles, and vice-versa.  Even if it not their fault, if the presence of self-driving vehicles causes problems with conventional vehicle drivers, then that is something we should try to understand,” he said.

Schoettle also noted that despite the inflated crash rate, the autonomous cars tend to be safer in regards to incurred damage. The crashes involving self-driving cars were less severe and resulted in less injury.

It’s unclear as to what caused the increased crash rate, Schoettle said, “other than the fact that conventional vehicle drivers seem to hit them more often than we would expect.”

And hitting them is right; in most cases (eight out of the 11 crashes), the self-driving cars were either stopped or going under five miles per hour. Human drivers were still able to collide with the near-stationary cars, including rear-ending the vehicles on eight occasions.

The human-less cars, still early in their existence, generally drive in very controlled environments and avoid adverse conditions. They are also heavily monitored by the plethora of sensors and cameras they’re equipped with, meaning everything from a five-car pile-up to a barely noticeable fender-bender gets recorded.

That’s not the case when it comes to human drivers. According to the National Highway Traffic Safety Administration (NHTSA), an estimated 10 million crashes go unreported every year—nearly double the rate of reported ones used to generate the data for UMTRI’s report.

With the adjusted figures, which UMTRI included in its findings, the report concludes that it cannot rule out the possibility that actual crash rates for self-driving vehicles are lower than for conventional vehicles.

One would imagine once more autonomous vehicles are on the road and can communicate with each other to travel more safely and efficiently, crash rates would shrink—though Schoettle cautioned that it’s too early to say for sure how things may play out.

Until they become an ubiquitous feature on the road, Schoettle suggested things might get worse before they get better. “We expect that the crash rates might worsen if conventional vehicle drivers do not know what to expect from self-driving vehicles,” he said.

But that’s not the fault of the cars; you can blame that on the humans.