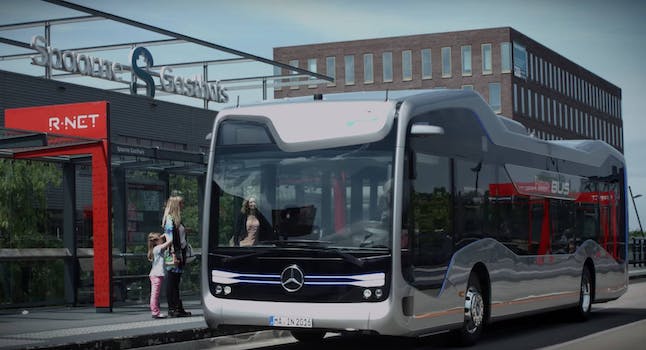 We're one step closer to the automated bus future of our dreams.

Self-driving cars are a fascinating proposition. It’s nice to imagine a safer driving future where you don’t get blindsided because some idiot is posting a Snapchat while operating a vehicle. Mercedes-Benz has heavily invested in the future of self-driving vehicles, and recently the automaker celebrated a major victory in the quest to move you away from the steering wheel.

The Mercedes-Benz Future Bus is an autonomous, self-driving bus, that can navigate complicated routes without the aid of a human being, and it just completed its first successful test. This marvel of modern driving technology has successfully run a 12.4 mile route on its own, including navigating through obstacles like tunnels and traffic lights, all while making stops for passengers.

Utilizing a series of radar sensors and cameras, the bus can detect obstacles like people or other vehicles, slowing down or stopping to avoid them, before continuing on its route. The Future Bus communicates with traffic lights, allowing it to know when it’s safe to move through intersections.

While there was a driver on the bus during its 12.4 mile/20km journey from Amsterdam’s Schiphol airport to the town of Haarlem, the bus made the trip on its own. The human was merely there in case something went wrong and to start the vehicle’s automated mode.

There’s a number of unanswered questions that go along with this technology. Some, like whether it’s smart to destroy bus driving jobs for the sake of efficiency, are moral and economic. Others, say who is at fault if a self-driving bus is involved in an accident, are legal and more complicated.

The exciting thing is that this technology has gotten to the point that we need to ask those questions. The prospect of 24/7 self-driving public transportation has the potential to help communities rich and poor alike. Someday perhaps our society will look back at manual driving with the same nostalgic glow we do vinyl.

You can watch a promo video for the bus below.