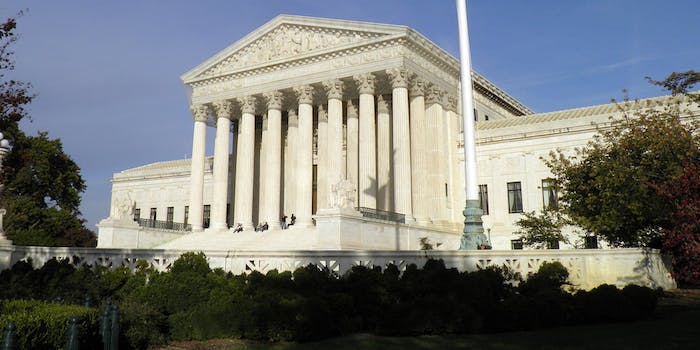 Texas Republican trolls the Supreme Court with ‘SCOTUScare Act of 2015’

In a week full of substantial rulings from the Supreme Court, some conservative lawmakers aren’t taking the news well.

Responding to the court’s decision to uphold tax subsidies for health insurance plans purchased under the Affordable Care Act, popularly known as Obamacare, a Republican congressman from Texas has offered up a new bill that would require members of the Supreme Court and their staff to purchase coverage through the exchanges created by the law.

According to Politico, Freshman Rep. Brian Babin (R-Texas) is currently seeking cosponsors for his bill, which he’s dubbed the “SCOTUScare Act of 2015,” borrowing a line from Justice Antonin Scalia’s withering and hyperbolic dissent.

Viewing the Affordable Care Act as a fundamentally negative thing, Babin apparently sees his bill as some sort of punishment for the justices and their staff. Under the specifics of the bill, the “only health plans made available by the Federal Government to Supreme Court Justices and staff [would be] Exchange health plans” either set up by the federal government or an individual state.

“As the Supreme Court continues to ignore the letter of the law, it’s important that these nine individuals understand the full impact of their decisions on the American people,” Babin said in a statement. “By eliminating their exemption from Obamacare, they will see firsthand what the American people are forced to live with!”

Babin’s bill is similar to rules that already require most members of Congress and their staffers to get workplace health insurance through ACA exchanges.

Babin is one of many Republicans to denounce the court’s 6-3 decision upholding Obamacare tax subsidies, despite some ambiguous wording in the actual law. Republican presidential candidate and Florida Sen. Marco Rubio said the court “erred in trying to correct the mistakes made by President Obama and Congress.” Supporters like Democratic presidential candidate and Vermont Sen. Bernie Sanders (I), however, say the court’s ruling “recognized the common-sense reading” of the bill.